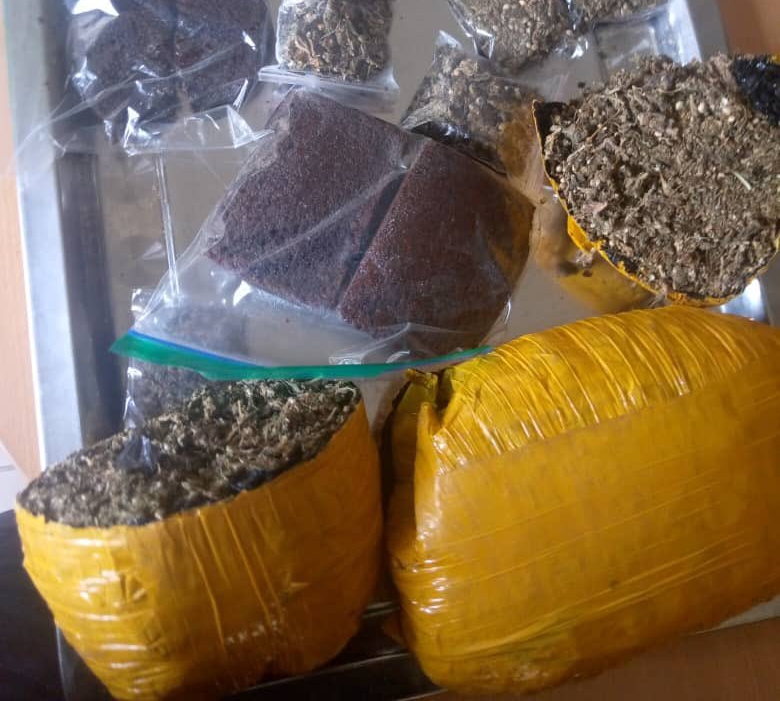 NDLEA spokesman, Femi Babafemi, in a statement on Sunday said the agency arrested the suspects following their undercover operation during the week.

Among those arrested was one 28-year-old Ese Patrick, who was accused of running an illicit drug business on Instagram and was picked up alongside her boyfriend as they brought deliveries for undercover NDLEA operatives who had ordered the drugs online.

Babafemi said the agency subsequently raided Patrick’s residence and “confiscated 400 grams of Arizona weed”, which she allegedly uses in baking the brownies.

Peter Nkejika, another suspect, was also apprehended on May 24 after his despatch rider was picked up with “N510,000 worth of Loud”, a highly psychoactive variant of cannabis.

Also apprehended was one Dolapo Benjamin, said to be the owner of five motorcycles allegedly used in distributing the drugs.

In Gwagwalada, the NDLEA said it seized drugs weighing 105.5 kilograms in a luxury bus and arrested three persons in connection with the illicit substance.

Meanwhile, Babafemi said the agency also confiscated drugs that were being transported to New Zealand and the United Arab Emirate in Lagos.

Related Topics:AbujaInstagramNDLEASocial Media
Up Next