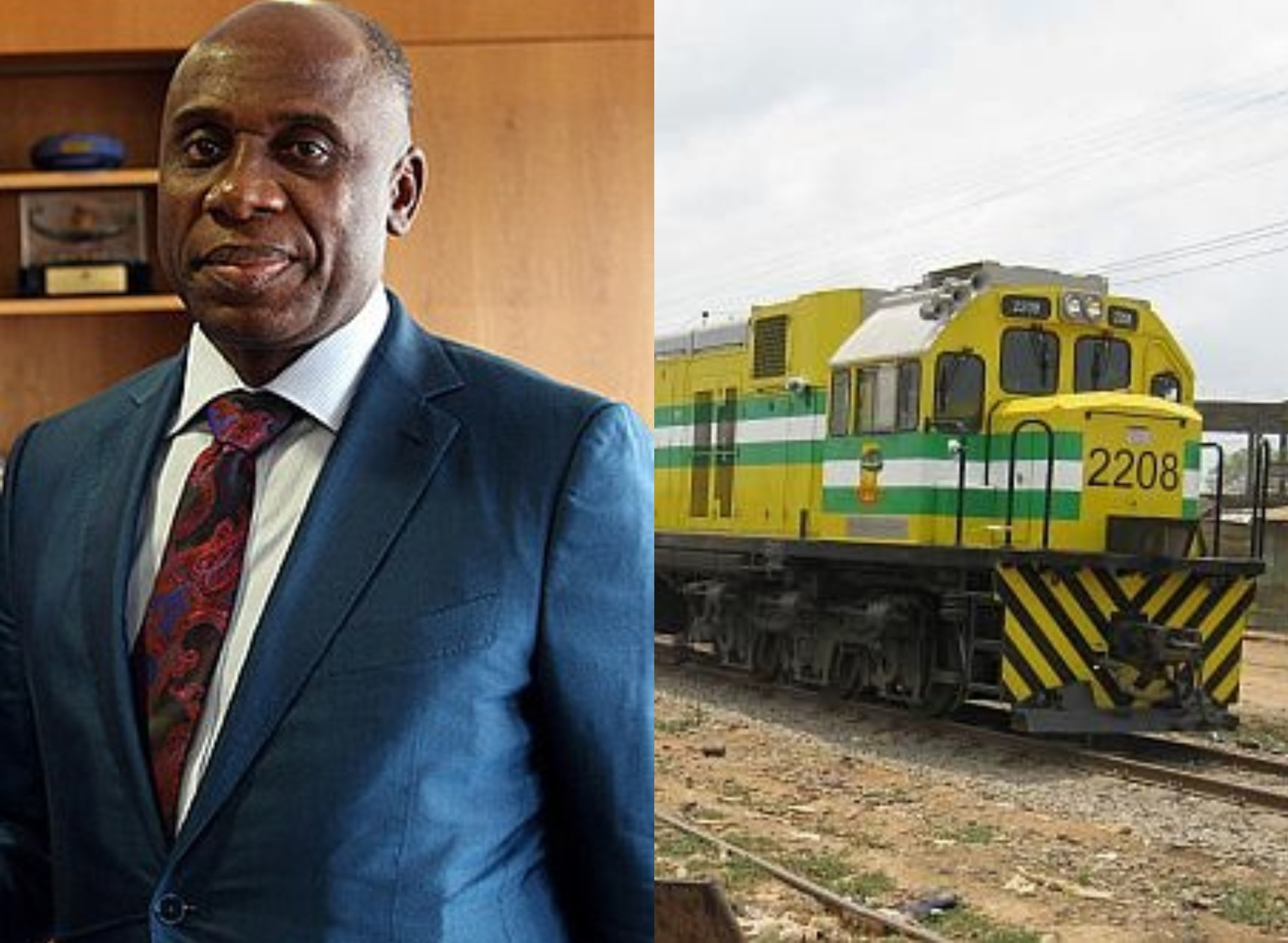 The Minister of Transportation, Rotimi Amaechi has announced that the Federal Government has sent over 150 Nigerians to Chinese universities to study railway engineering.

Amaechi who disclosed this while defending his Ministry’s budget before the National Assembly’s joint committee on marine transport, said the aim of sending these Nigerians to China is for the maintenance and sustainability of trains in Nigeria.

“On maintenance and sustainability, if you check the picture of my trip to China, you will see some black men with the Chinese. I told them they learned from America and you copied the Americans in producing your coaches, because when I went there, they were teaching them leadership and managing resources.

“I told them, let’s not manage, tell us how you built these trains so that when it breaks down, we don’t have to make a telephone call for you to come down and fix it. So we have agreed to design a curriculum and train all these people out there.

“Secondly, we have sent over 150 persons, children, to two universities in China, funded by the Chinese government to go and read railway engineering. We hope that in four years they will graduate. Those who will do masters and PhD will do that. We are establishing a transportation university in Daura. We are making sure that we have manpower to take over from the Chinese. We are trying to localise railway technology,” he said.

On railway safety, the former Governor of Rivers State said;

“The first thing we address about railway is safety because once it happens, a lot of persons will die. Each coach for now contains 87 persons, if we multiply it by 10 coaches, imagine the amount of persons that will die. No driver will move if there is a safety problem. It is the same thing with our tracks. We watch our tracks.

“Someone told me that he saw on social media that they shot at the train. I didn’t reply because that is not true. There are air force planes following the train as it is going. There is a police vehicle on the side. There are policemen in the vehicle and when anything happens, they report to the minister even when there is a stop.”

Related Topics:Rotimi Amaechi
Up Next