2019 Abuja Carnival events to hold across area councils in FCT 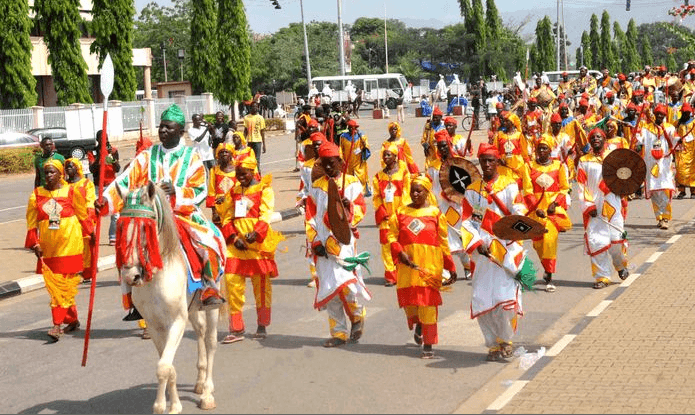 The Minister of Information and Culture, Alhaji Lai Mohammed says events marking the 2019 Abuja Carnival will be held across the Area Councils of the Federal Capital Territory.

This was to deviate from the previous years, when they were centralised in the city centre.

The Minister disclosed this in Abuja when he paid official visit to the Minister of Federal Capital Territory, Mohammed Bello to solicit his support for a successful hosting of the carnival.

Lai speaking said, the 2019 edition is slated to hold from Nov. 23 to Nov. 25 with the theme: ”Culture for Peace” “Unlike in the past, we have decided to decentralise the Carnival by taking it to the area councils of the FCT, instead of restricting it to a few venues here in Abuja, in order to elicit more participation by the residents of the territory,” .

The minister said that the Street Carnival and Opening Ceremony would hold from the Old Parade Ground to Area 1 both in Garki area of the city centre. He said the Children Fiesta would hold in Government Secondary School Garki, Area 1 also in the city centre while Durbar would hold at Kuje Stadium in Kuje Area Council of the FCT.

Mohammed said that the Boat Regatta would hold at Jabi Dam, in Jabi also in the city centre while the Masquerade Fiesta would hold at the Government Day Secondary School, Gwagwalada, an Area Council in the FCT.

He said the Traditional Cuisine Fair/Bush Bar, and the Contemporary Music Fiesta would hold at the Old Parade Ground, while the Command Performance and Award Night would hold at the Banquet Hall of the State House, Presidential Villa. He said the carnival, apart from preserving the nation’s cultural heritage and promoting unity, would encourage movement of resources and upgrading of facilities in the FCT.