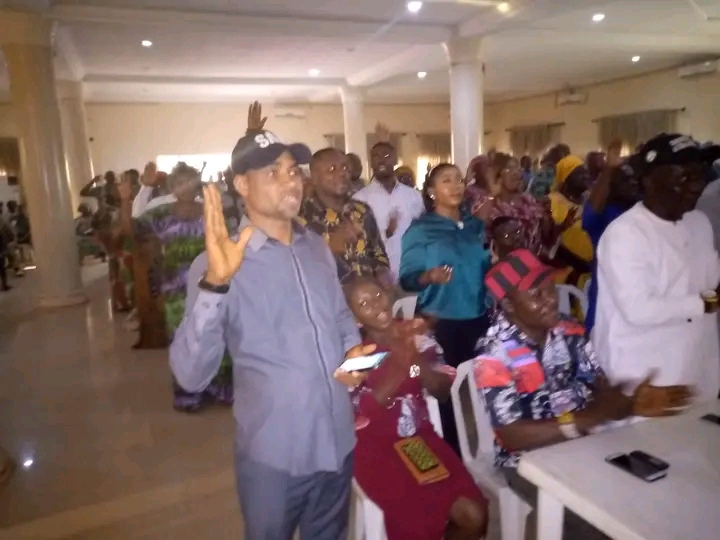 Senator representing Benue South Senator Abba Moro on Friday inaugurated the campaign committee to ensure victory and his return back to the red chamber.
The senatorial aspirant during his speech called on them to go the villages to tell people about the party so as to ensure a resounding victory come 2023.

Senator Moro who said Nigeria cannot afford present continuation of insecurity, extreme hardship, amongst others urged Nigerians to look to people that talk about issues instead of mundane things as such can govern them better.

Responding on behalf of the campaign council members Hon Ezekiel Adaji assured they would give it their all to ensure he win saying the senator has all the qualities to deliver dividend of democracy to zone c.
Others who spoke for the various constituencies such as Dr Adoga Onah, Hon Oicho Aleh, com of water resources Hon Godwin Oiwona and Hon George Alli along with the state women leader of the PDP Mrs Abeje Egwa all assured to give total support to ensure victory from bottom to top for the party.

Keep Faith With Pdp To Ensure A Better Benue – Ortom