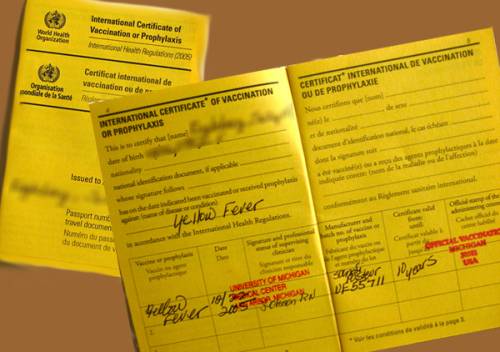 The ongoing yellow fever outbreak in Bauchi State has killed no fewer than 23 persons, infected 169 others and spread to Borno, Kano, Gombe, and Katsina.

The Nigeria Centre for Disease Control (NCDC) in a situation report of a cluster of the ailment said the nation was responding well to the challenge posed to the people who were either residents or visitors in Alkaleri Local Council of Bauchi since the August 1, 2019 outbreak in the North East state.

The centre said suspected and confirmed cases with an epidemiological link to Bauchi have been reported in Borno, Kano, Gombe, and Katsina states, adding that the first incident was recorded on August 29 in Kano from a victim who had visited the Yankari Game Reserve.

The NCDC gave a breakdown of the infections to include 169 suspected cases; 10 presumptive positives incidents (IgM positive on serology); 15 confirmed ones by RT-PCR; 23 deaths; and five states being affected.

He said all samples had been sent to the Institut Pasteur Dakar (IP Dakar), Senegal, for further testing.

Ihekweazu pointed out a total of 15 cases had been confirmed in Nigerian laboratories using RT-PCR, adding that the NCDC National Reference Laboratory, Gaduwa confirmed 14 cases; Lagos University Teaching Hospital, one); eight cases from Bauchi; five from Katsina; and one each in Kano and Gombe.

The NCDC boss said a total of 23 deaths had been recorded among suspected cases – Bauchi (nine); Kano (one); and Katsina (13) with a case fatality rate (CFR) of 13.6 percent. The epidemiologist said the outbreak response activities were being coordinated by a multi-agency National Yellow Fever Emergency Operation Centre hosted at NCDC and the National Rapid Response Team (RRT), as interventions have gone to Bauchi State.

Related Topics:BauchiGombeKanoKatsinaYellow Fever
Up Next