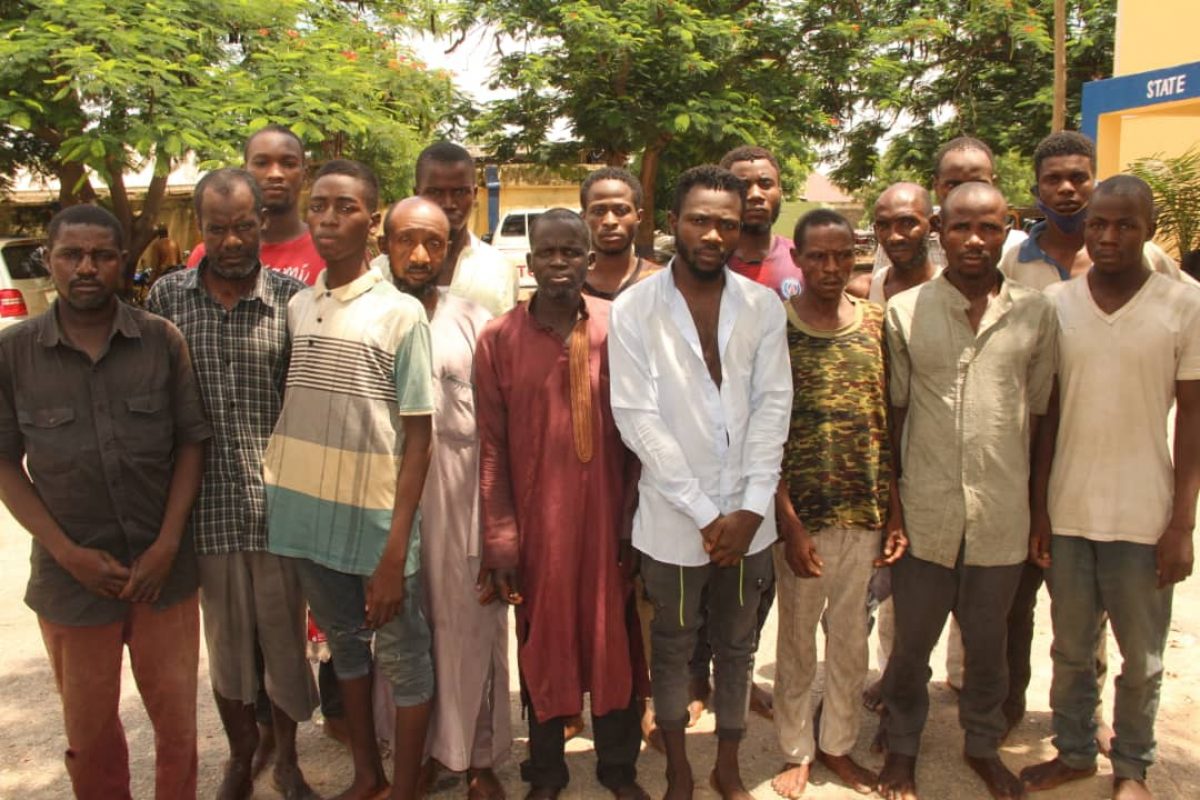 The Bauchi State Police Command has confirmed the arrest of 27 suspected pedophiles and rapists from across the state between June and July for alleged defilement of minors and rape.

This was in a statement signed by the command’s Police Public Relations Officer (PPRO), Ahmed Mohammed Wakili and made available in Bauchi on Thursday.

Wakili, a Deputy Superintendent of Police (DSP), stated that the police made the arrests in collaboration with individuals and groups in their respective communities as key drivers of policing.

According to him, the 27 suspected pedophiles and rapists as well as five other suspects were arrested in connection with offence against property and public peace.

Among those arrested was one Saleh Hassan (29) for allegedly defiling a five-year-old girl at Unguwar Hardo.

According to the PPRO, the suspect was brought to the Township Police Station in Bauchi by peace and security committee members attached to Unguwar Hardo in Bauchi, adding that the police are investigating the matter.

“On the 16/07/2020 at about 1800hrs peace and security committee members attached to Unguwar Hardo brought one Saleh Hassan ‘m’ aged 29years of Unguwar Hardo, Bauchi to the township police station that on the same date at about 1415hrs he lured one Mariya Ummi Sale ‘f’ aged 5 years of same address to his room and had carnal knowledge of her, which as result she sustained serious injury in her private part. However, the suspect was arrested meanwhile, investigation is in progress,” DSP Wakili stated.

The police spokesman informed that four men were arrested at Yelwa Makaranta area of Bauchi metropolis for criminally conspiring, adopting and gang raping a 15-year-old girl in the area. 

Those arrested in connection with the case, according to Wakili, are Kabiru Saleh (25); Abubakar Moh’d (27); Abdullahi Abdullahi (28) and Christopher Luka (26)

“On 16/4/2020 about 2000hrs, one Kabiru Saleh ’m’ aged 25 years of Yelwa Makaranta and three others criminally conspired and abducted one Kadijat Usman ‘f’ aged 15yrs into the room of the said Kabiru Sale situated at Yelwa Makaranta, Bauchi and forcefully had sexual intercourse with her one after the other,” the police image maker stated, adding that investigation is ongoing.

In another development, DSP Wakili informed that operatives of the Rapid Response Squad (RRS) arrested one Nwanko Victor Emeka (25), who confessed to being a member of Viking cult group, for being in possession of a locally made pistol at Bobbies Night Club in Bauchi.

Isaac Paul; Lucky Amechi and Bimene Mathew as members of the cult group.

Meanwhile, the PPRO informed the public that the Bauchi State Government has enacted the Violence Against Persons (Prohibition) Law, adding that enforcement of fight against sexual/gender-based violence upon women and children is ongoing in the state.

He then warned criminal elements in the state and their allies who may be nursing any agenda inimical to the safety and security of the state to desist from such act.

DSP Wakili assured that the state police command will not relent in mobilising all resources within its reach to confront and neutralise any criminal act and tendencies.

“The Commissioner of Police thanks the people of the state for their continuous cooperation with the police and equally enjoined them to explore to the fullest, the window of mutual cooperation provided by the Inspector General of Police IGP Mohammed Abubakar Adamu concept of community policing,” he stated.