39 bodies found inside a truck outside London (Photos) 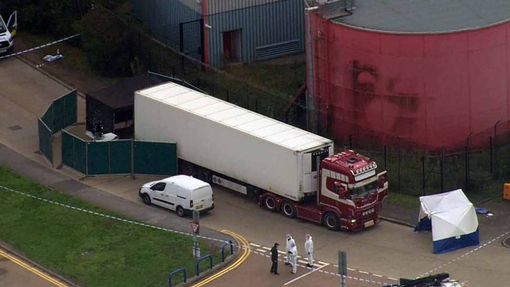 The bodies of 39 people have been found in a lorry trailer in Essex.

The vehicle was found shortly before 01:40 BST at Waterglade Industrial Park in Grays, police said.

Essex Police said the trailer has been moved to a secure location where the bodies of those inside – a teenager and 38 adults all believed to be Chinese  – can be recovered.

The driver, named locally as Mo Robinson, 25, from Portadown, County Armagh, Northern Ireland, has been arrested on suspicion of murder.