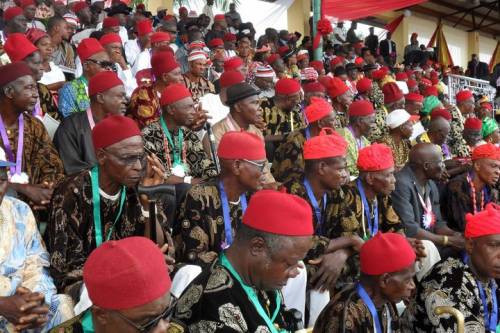 Igbo people in Benue State say they are being attacked, kidnapped and

killed by bandits and herdsmen.

One of the leader’s of the Igbo community in Gboko, Okafor Nnolim, at a press conference in Enugu, said that almost every week an Igbo person was kidnapped or killed in Benue State.

Nnolim said: “We have been subjected to paying millions of naira in ransom and can no longer do our businesses freely for fear of being kidnapped or murdered.

Since January this year, we have had over 50 Igbo people kidnapped and some murdered in cold blood by bandits and suspected herdsmen.

Also speaking, Ndukaku Onyekwere, a trader at the Gboko Central Market, said, “Igbo in Benue State are being systematically decimated and our businesses are gradually being ruined by these kidnappers and bandits.

Another Igbo man, Ikem Ani, stated that his kinsmen had been subjected to untold hardship even thou they have tried to engage the state police command to no avail and are therefore, crying out for the world to know the fate of Ndigbo in Benue State.