50 killed, 200 injured at burial of Qasem Soleimani in Iran ( Video) 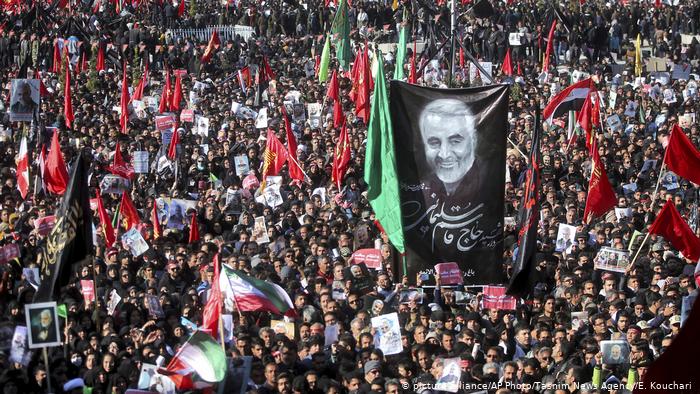 Fifty people have been killed and more than 200 injured in a stampede as Iranians gathered for the burial of a leading commander killed in a US drone strike.

The deaths in Qasem Soleimani’s hometown of Kerman led to the ceremony being delayed.

The burial is the last in a series of funeral events that have brought millions on to the streets in Iran.

Soleimani’s killing has raised fears of a conflict between the US and Iran.

The head of the Quds force was tasked with defending and projecting Iranian interests abroad, and was hailed as a hero by many in his home country. Immediately after his death, Iran threatened retaliation.

The crush in the south-eastern Iranian city happened at the start of a funeral procession that had drawn vast numbers of people on Tuesday morning, ahead of the planned burial.

Eyewitnesses said the streets were not wide enough to hold the number of people and, with other roads closed off, there was nowhere to escape to.

A coroner quoted on Iran’s Isna news agency put the death toll at 50, with those injured numbering more than 200.

Iranian media later reported that the burial had resumed. Video footage showed the procession of Soleimani’s casket. People threw items of clothing which officials touched against the casket before returning them.

Mourners in Kerman chanted “death to America” and “death to Trump”, reporters there said.