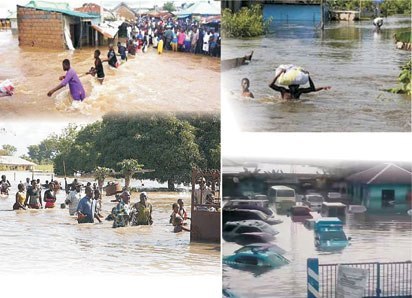 The effect of the rain which ravaged the community by flood, has affected 500 people rendering them homeless with over 700 houses affected.

Areas affected includes ,the only church in the town, the palace, health center, and schools were all affected by the flood while some residents had fled the coastal community because of the disaster.

A resident, who was affected by the flood, Josephine explained that flooding has become a recurring issue in the community.

She added that all efforts to call the attention of the state government to the issue have been fruitless with no measures taken.

“We need help from the government before the flood washes the community away, the state and federal governments should come to our aid.