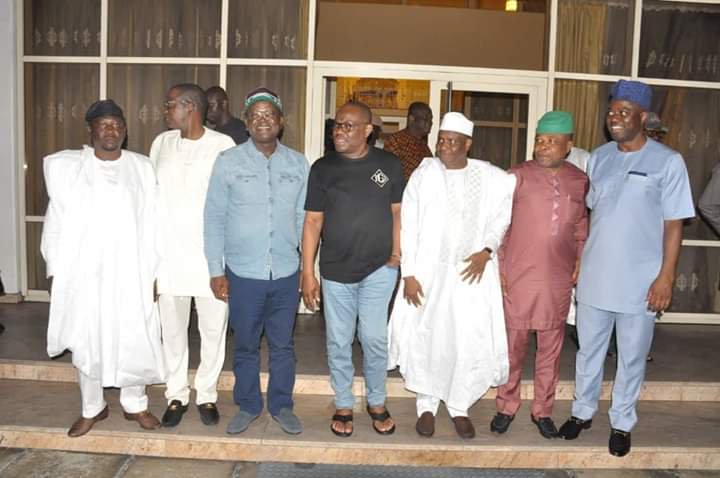 Governor Tambuwal after the meeting,explained that the governors were in Rivers to commend Wike “for his sustained projects delivery’’.

Tambuwal said the governors urged him to continue to deliver quality projects and sustain good governance for the development of Rivers state.

Other reasons for the visit he said is “The 100 days of the second term of Governor Wike is also why we are here and also to join him and the good people of Rivers state in thanking God for his leadership and to thank God for giving the state a wonderful leader like him.

This was as Governor Nyesom Wike described the committee set up by the Board of Trustees (BoT) of the PDP to investigate the election of Elumelu as corrupt, adding that the minority leader’s emergence is contrary to the wish of the people.

Wike warned the PDP not to toy with the state, adding that the government is capable of fighting the opposition party to a standstill.