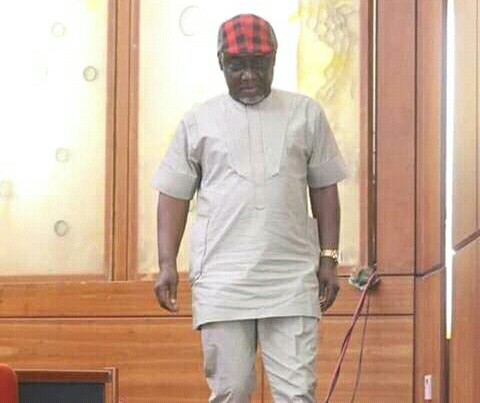 Moro assured that he would continue to interface with the state government to make sure the problem is resolved.

The lawmaker gave the assurance in Ukpute, Ukpa/Ainu Ette Council ward of Oju Local Government Area on Saturday when he visited to commiserate with them over the recent attack on the community.

Speaking during the visit, the Senator described the attacks as very sad and unfortunate but assured that he would liaise witj the State governor, Samuel Ortom to ensure that the crisis was resolved.

The senator who described the situation as unacceptable said ” in addition to talking to the Area Commander, the DPO and all the leaders, I discovered that the solution to this menace can only come from the Benue State Government and that the boundary that is the apparent cause of this crisis will be demarcated.

Recall that no fewer than six persons were feared killed and several houses burnt in a renewed communal clash that ensued between Bonga community in Konshisha LGA and Ukpute community in Oju LGA in June.