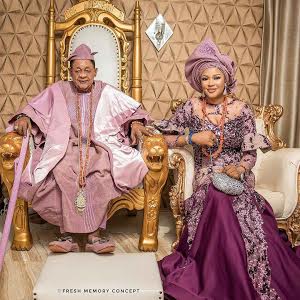 The monarch of the Oyo empire, and Alaafin of Oyo, Oba Lamidi Olayiwola Adeyemi III has reportedly gotten himself another beautiful young lady as a wife.

According to reports, the traditional ruler of Oyo who is popularly known for his young and beautiful wives had added a younger wife to his bosom.

It was gathered that the new wife is beautiful and alleged to be just 23 years of age. The monarch has a total number of eight wives, however, some source revealed there could be more undocumented.