Another set of 'Tortured' and shackled pupils freed from Islamic school in Daura, Katsina State ( Photos) 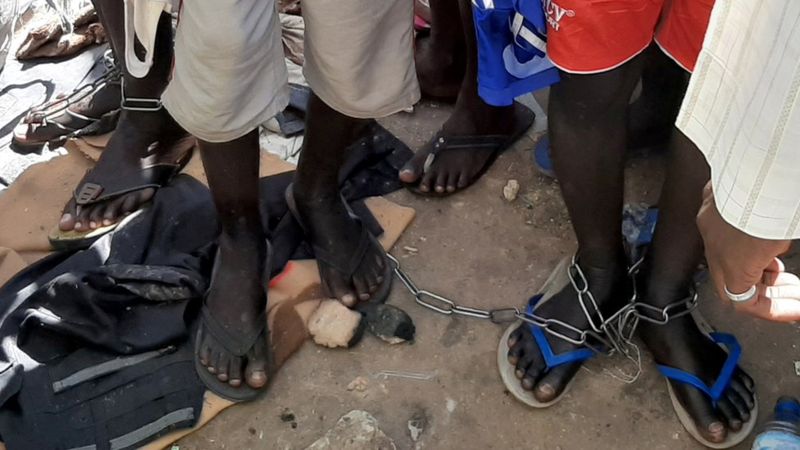 Police in northern Nigeria have freed 67 people who had been found shackled at an Islamic boarding school.

The pupils, between the ages of seven and 40, told police they had been tortured and abused.

Islamic boarding schools, known as Almajiris, are common across the mostly-Muslim north of Nigeria.

In a statement released on Monday, police said the boys and men were chained and subjected to “inhuman and degrading treatments”.

Two teachers as well as the owner of the school, which is in Daura, the birthplace of President Muhammadu Buhari, have been arrested.

More than 300 pupils were enrolled but most had escaped before the police arrived.

The captives had been rioting and many had got out with their shackles still on.

The school operated for decades as a place for Koranic instruction and worked with some pupils who were deemed to have behavioural problems.

There have been numerous reports of abuse at Islamic boarding schools across northern Nigeria, with students sometimes forced to spend their days begging on the streets.

Related Topics:DauraKatsina State
Up Next