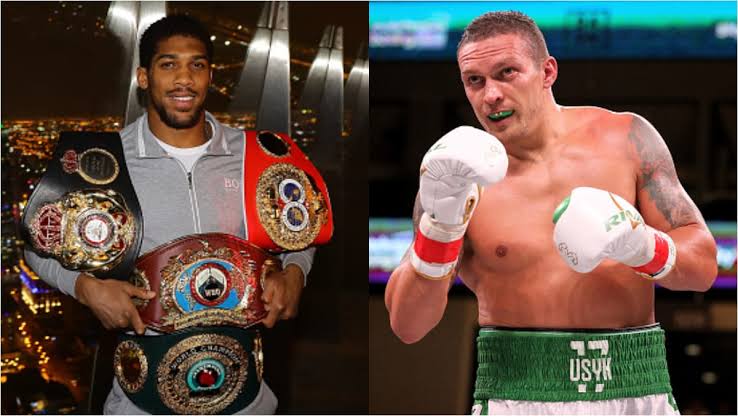 Anthony Joshua has been told by the WBO to fight undefeated Ukrainian boxer Oleksandr Usyk before June 2020.

And the WBO have formally ordered the 30-year-old to challenge the organization’s number one contender Usyk within the space of 180 days.

The WBO wrote in the letter, a copy of which was obtained by ESPN wrote, “Please be advised that the parties have 30 days upon receipt of this letter to reach an agreement. If an accord is not reached within the time frame set forth herein, a purse bid will be ordered pursuant with the WBO regulations of world championship contests.”

Joshua has a remarkable record of 23 wins and one loss with 21 of the them coming by the way of knockout.

Usyk on the other hand is unbeaten with 17 wins from 17 fights and 13 coming by the way of knockout, which puts in a favourable position to become Joshua’s next opponent. Usyk who dominated the cruiserweight division made his heavyweight debut on 12 October, as he knocked out Chazz Witherspoon in the seventh round in Chicago.