Army, Navy asked by House of representative to stop the burning of seized bunkered oil 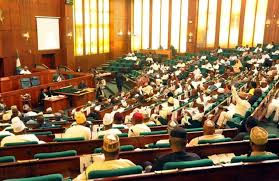 The House of Representatives has asked for an end to the burning of seized bunkered petroleum resources due to its impact on the environment.

The House reached the resolution following a motion moved by Francis Waive on Thursday.

Waive in his motion conceded that the military have the power to seize illegal good, he however, condemned the process of disposing the items.

Waive revealed that bunkering has a double effect of denying Nigerians the resources and also impacting on the environment.

The lawmaker citing several examples of incidence of disposal and its unintended impacts on the people.

“There have been series of complaints from the Niger Delta region of illegal disposal of seized crude oil by military personnel into the river and burning of the bunkering materials, leading to explosion, air arid water pollution.

“About three months ago, some military personnel went to Warri market, upon discovering some diesel products in the market, destroyed the containers and poured the contents into the drainage in the market and suddenly fire broke out;

“In January 2019, military operatives launched an offensive against some vandals, setting ablaze over 50 vehicles found to be carrying stolen oil products at their check point along Okpare Road in Ughelii South Local Government Area of Delta State.”

To end the trend, the lower chamber asked National Oil Spill Detection and Response Agency (NOSDRA) to immediately stop the method of disposal of seized crude Oil by the military along with the National Environmental Standards and Regulatory Agency(NESREA) to cause a discontinuation of the current method that Military Personnel use in disposing of seized crude oil

To finally understand the process, the House mandated its Committee on Emergency and Disaster Preparedness to investigate the matter and report back within six (6) weeks for further legislative action.