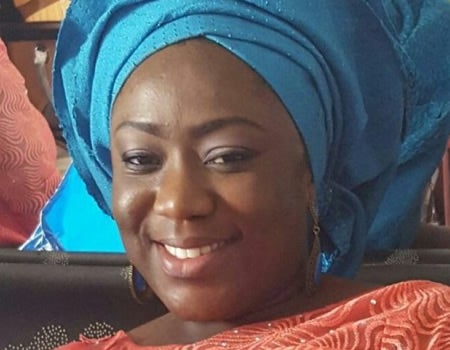 The Aso Rock staff was said to have closed from work around 8pm on Monday and never had an inkling of what was waiting for her at home. It was gathered that the assassins went to her residence at Lokogoma, an outskirt of the Abuja city center at about 11pm to snuff the life out of her.

Reacting to the incident, the Permanent Secretary, State House, Jalal Arabi, described the killing of Ms. Laetitia Dagan, as “a painful loss, not only to her immediate family but also the entire State House.”

“She was a dedicated, hard-working officer, and we all feel pained by her dastardly and untimely death,” Arabi told her family members during a condolence visit.

The Permanent Secretary in a statement signed by, Attah Esa, Deputy Director Information, State House further said, “We all share in your grief and pains, but be consoled by the fact that she lived a good life and contributed her best to the services of her nation.”

Arabi expressed confidence that “the Police will fish out the killers of Laetitia and the law will take its course.”

Dagan who is 47 years old and hails from Plateau State, worked in her office on Monday till 8pm, but by 11pm, she was gruesomely murdered in her apartment by unknown persons.

Related Topics:AbujaAso Rock
Up Next

Woman cuts off his nose, upper teeth, tip of tongue, lower gums, then called his mother to come carry him ( Photo/post)