At least 25 killed, 13 others injured after bus falls into ravine in Indonesia 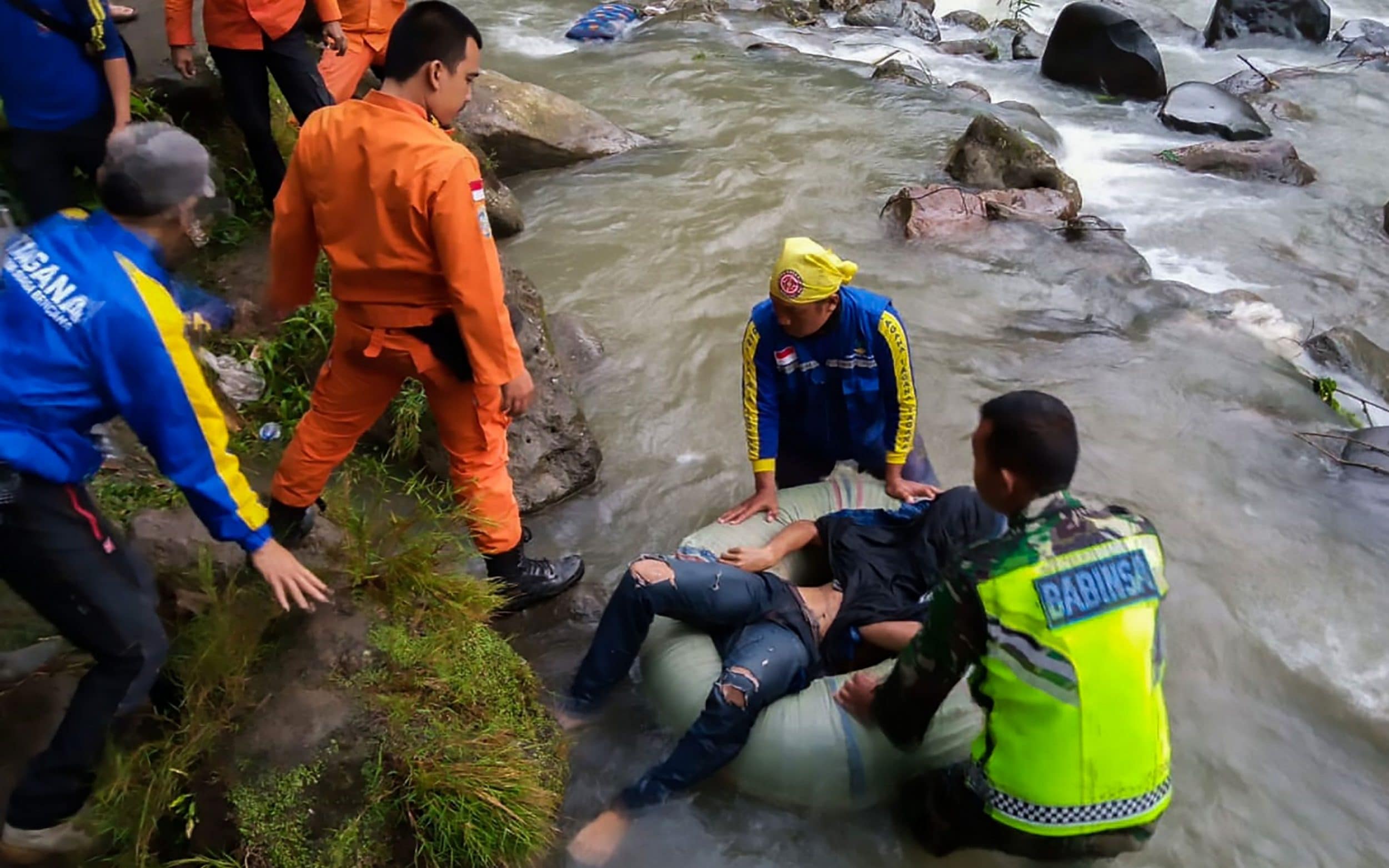 More than two dozen people have been killed and 13 others injured after a bus plunged into a ravine in Indonesia.

The bus carrying dozens of passengers, some of whom are still trapped inside, careered into a 80m (262ft) ravine in the South Sumatra province just before midnight (4pm) on Monday and crashed into a fast-flowing river after the driver lost control of the vehicle in an area with a number of sharp inclines.

The head of the search and rescue team, Berty Kowas, told local news reporters that”Currently the evacuation is ongoing and some divers are searching (for victims) around the bus,”.

Footage shared by the rescue team showed bodies being taken out of the water on to stretchers. Police and rescuers were scouring the river and the nearby slopes to look for victims and several passengers were feared missing.

A local police spokesman, Dolly Gumara, told “It crashed into the concrete road barrier before plunging into the ravine. Some people are still trapped inside the bus.”

The accident happened in a remote and steep area near the town of Pagar Alam. The town’s location has hampered efforts to rescue the victims.

The regional bus left Bengkulu province for Pagar Alam with only 27 passengers but some survivors told police there were about 50 people on board when the accident happened.

Traffic accidents are common in the Southeast Asian archipelago, where vehicles are often old and poorly maintained and road rules regularly flouted.