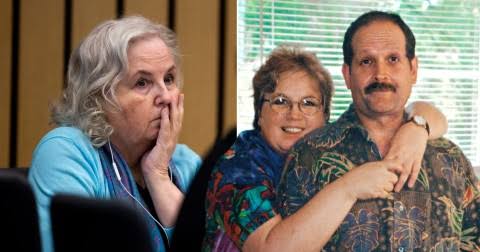 The US city of Portland, Oregon, jury has convicted a self-published romance novelist who wrote an essay titled How to Murder Your Husband of fatally shouting her husband.

According to reports, Brophy, a 63-year-old chef, was killed on June 2, 2018 as he prepared for work at the Oregon Culinary Institute in south-west Portland. According to prosecutors, the author of the “Wrong Never Felt So Right” series of novels including “The Wrong Husband” and “The Wrong Lover,” had been in financial difficulties when she shoot her chef husband twice.

She was arrested months later after security footage captured her car near the crime scene. Crampton-Brophy insisted her presence was due to her scouting a location for writerly inspiration.She said the gun, which police alleged was the murder weapon, had also been bought for research.

The defendant’s 2011 how-to treatise detailed various portions for commuting untraceable killings written in the form of a brainstorming exercise for writers.
Its opening reads: “As a romantic suspense writer, I spend a lot of time thinking about murder and, consequently, about police procedure. After all, if the murder is supposed to set me free, I certainly don’t want to spend any time in jail.

Prosecutors told jurors Crampton Brophy was motivated by money problems and a life insurance policy. However, Crampton Brophy said she had no reason to kill her husband and their financial problems had largely been solved by cashing in a portion of Brophy’s retirement savings plan. Lawyers acting for Crampton-Murphy, who faces a life sentence for second-degree murder, said she will appeal against her conviction.