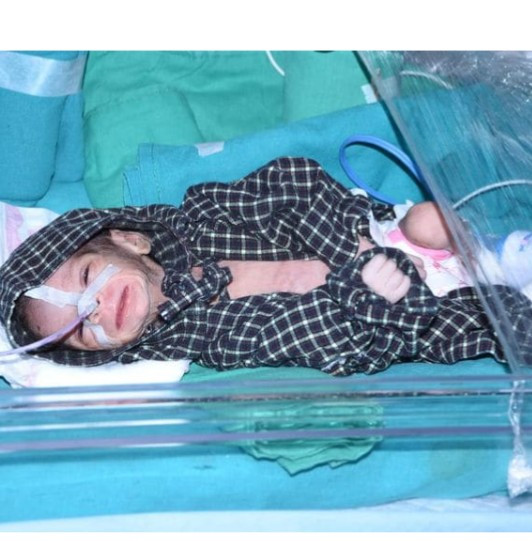 A couple digging a grave to bury their baby, who died shortly after birth, were shocked to find a baby buried alive.

The incident happened at the cemetery in northern India when the couple wanted to bury their baby, who died minutes after birth. While digging a grave for their child on October 10, 2019, their spade struck something hard. It was a clay pot and, from inside, they could hear a baby crying.

Upon investigation, a newborn baby girl was discovered buried alive.  She was no more than two or three days old.

Police in the state of Uttar Pradesh were quickly summoned to the cemetery and took the newborn to a hospital. The infant had respiratory problems and was put on a ventilator, Alka Sgarna, the medical superintendent who treated her, told CNN. The baby also had an infection and was underweight.

Police superintendent Abhinandan Singh said at a briefing: “We are looking for her parents, and it is possible that they are involved in it. Such an act is difficult without their involvement. We have deployed police teams, even in civil dress, to trace the suspects.”

It has been four days since the baby girl was discovered, Singh said, and no one has claimed her.