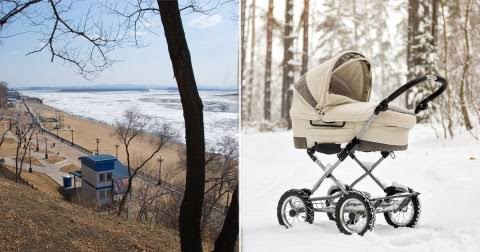 A seven-month old baby boy has frozen to death after his mother placed him in a buggy and left him outside in Russia.

The child was exposed to temperatures of -7C for around five hours in the far-east Khabarovsk region, officials said.

Local media said his 40-year-old mother placed him on the balcony so he could sleep in the fresh air in the town of Nikolayevsk-on-Amur.

She reportedly then forgot about him and only remembered to check on him five hours later.

He showed no signs of life when she brought him inside and could not be revived.

A criminal investigation has been launched into the death with a preliminary report suggesting the cause was hypothermia.

Leaving children to sleep outdoors is surprisingly common in some countries with colder climates. Some parents believe that children sleep better and for longer when left outside, and exposing children to the fresh air is thought to help prevent coughs and colds.