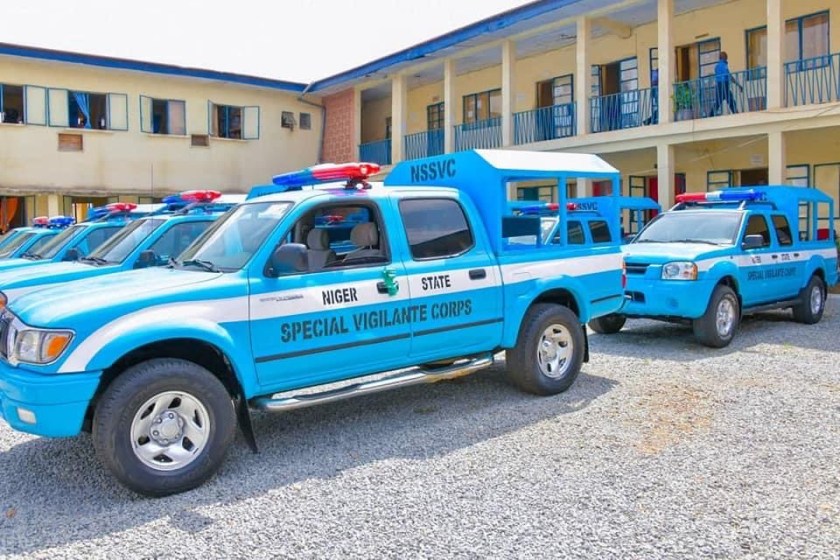 Alhaji Abubakar Sani Bello speaking had said the activities of banditry in the state will not intimidate the people or the government as they would not allow bandits to change the style of living of the people.

At the launch of the special vigilante corps at the State Police Headquarters in Minna, the state capital, the governor stated that it would help in curtailing the activities of youth gangs across the state.

According to the governor, the idea of the Special Vigilante Corps was formulated by the state government and the state Police Commissioner, adding that it would streamline the activities of all local security outfits in the state into one special corps.

He stated that the rising cases of youth gangs and their activities across the state, especially the state capital, has become unacceptable and need strict measures to tackle.

“While the security agencies were battling with bandits in the rural areas, a new dimension came up in Minna which is unacceptable. We have a situation where we have youth gangs fighting themselves and inflicting injuries on travellers. That is totally unacceptable.”

Bello, however, cautioned the members of the Special Vigilante Corps to act within the purview of the law, stressing that abuse of human rights by the Corps would not be acceptable.

The Commissioner of Police, Adamu Usman said the Special Vigilante Corps were trained for two weeks and have been taught how to curb youth restiveness in Minna, the state capital.

Usman commended the Niger State government’s approach which is empowering the police to train and supervise the activities of the Vigilante Corps.