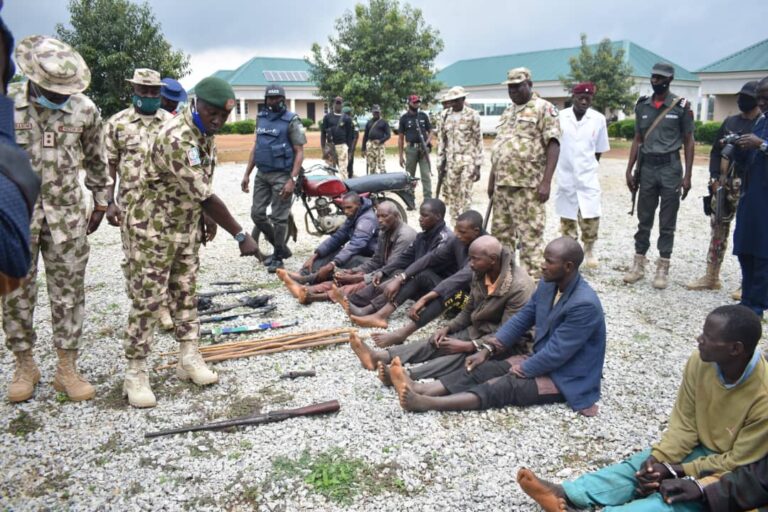 Security operatives in Southern Kaduna have arrested some bandits and criminals suspected to be members of gangs disturbing the area.

The Sector Commander of Operation Safe Haven in Kafanchan, Colonel David Nwakonobi told newsmen that eight suspects were arrested at different locations with dangerous weapons in their possession during the operation carried out by the task force.

One of the militiamen involved in the last attack in one of the communities was killed in a shootout with his corpse discovered in Kibori village during a rescue operation by the troops according to Colonel Nwakonobi.

Bandits in recent times have made Southern Kaduna a very dreary to reside with attacks on various villages across the region leading to many deaths with many others being displaced after fires ignited by the raiders, engulf houses destroying property.