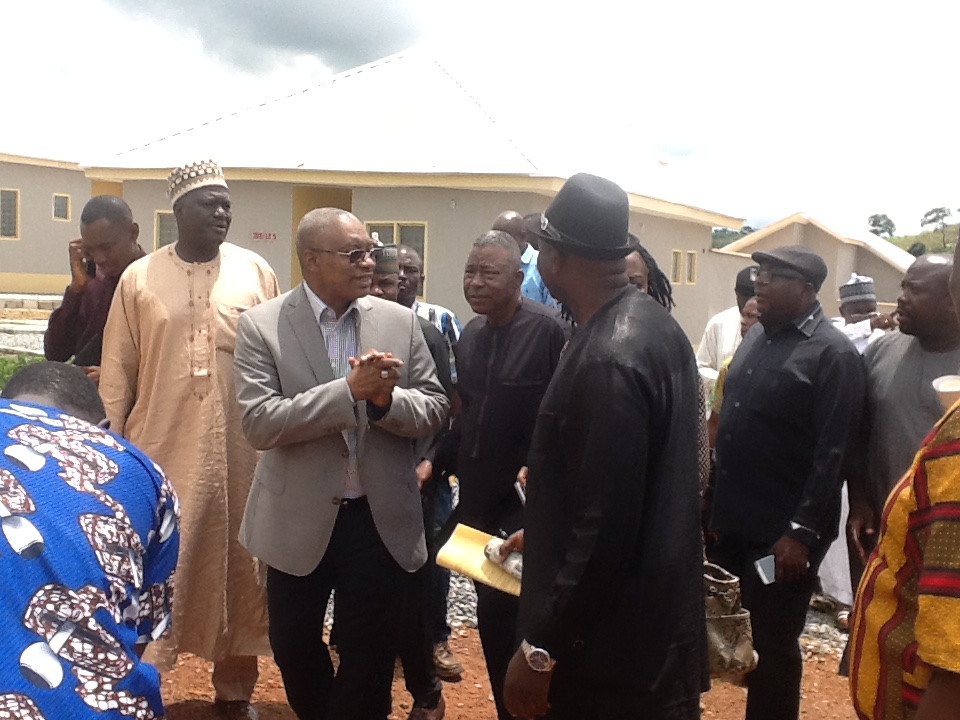 The federal government has been called upon to look into the issue of facilities at the Sherere settlement in Bwari area council of Abuja.

The call was made by the speaker Bwari legislative council and representative of the community honorable Julius Adamu who said the issue of social facilities such as road, water, electricity and adequate health facilities should be looked into along with the houses which are only two bedrooms and would not be enough to hold families of seven upward.

In his address the executive secretary Federal Capital Develeopment Auhtority FCDA Engr Gambo Jibril said the reason for the inspection is to appreciate the level of compliance with work at the settlement since one of the settlers would soon be moving there and to ensuring a hitch free movement everything has to be put in place.

Engr Jubril disclosed that the initially there were supposed to be seven communities moving there but that the number has now increased to nine.

The ES also said that of the two hundred and ten houses need for the first set of settlers ninety five is already completed , he went on to say that basic social amenities such as road, water, electricity and clinic would be looked into while defaulting contractors would be given appropriate sanctions should they fail to deliver jobs awarded them.

Giving details and insight of the project,the director satellite town development secretary QS Odigie Anthony said the project was started in 2005 with the intention to build 2276 houses and by 2009 was about 1,400 completed with others at various stages of completion and in 2017 a contract was reviewed to rehabilitate the remaining houses so the people can be returned back to their community.