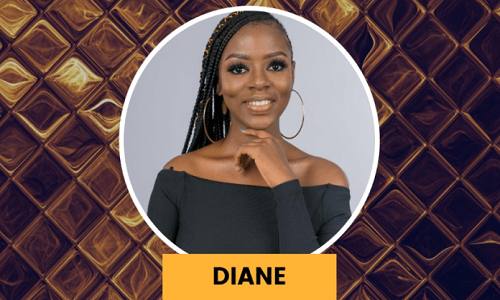 Big Brother Naija, BBNaija, housemate Diane has been evicted from the reality show.

She was evicted following a surprise eviction by Biggie on Monday night.

In a new twist on Monday Biggie asked Frodd Ultimate Veto Power Holder to pick a gold coin to evict one housemate between Omashola and Diane.

Frodd picked a gold coin with Diane’s name, which evicted the housemate.

Her best friend, mercy was seen in a sober mood as she broke down down uncontrollably.

Until her exit from the house, Diane, has been lucky to not be up for
eviction too many times in the Big Brother Naija house

This leaves five housemates of the show Mercy, Mike,
Omashola, Seyi and Frodd to battle for the grand prize of N60m.

Check out Cardi B at Paris Fashion Week ( photos)