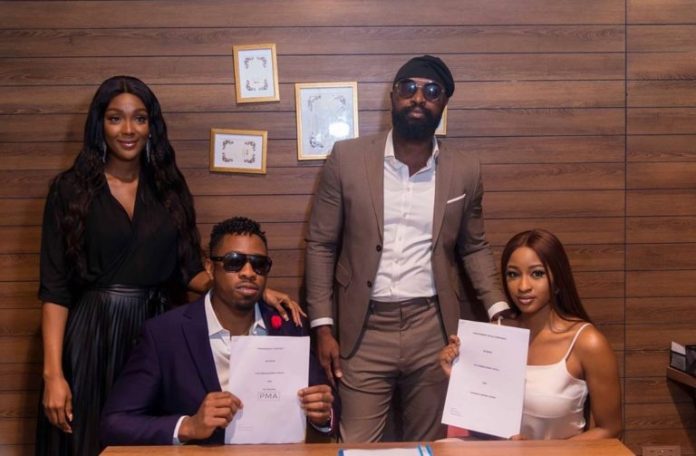 The reality TV star made this known via his Instagram page shortly after signing the new deal on Wednesday, 12th November.

“Proud to announce to the gang and all that I have officially joined the playmanagementafr Family. Praying this journey unfolds great opportunities. I see you kimoprah. Many thanks to playnetworkafr”