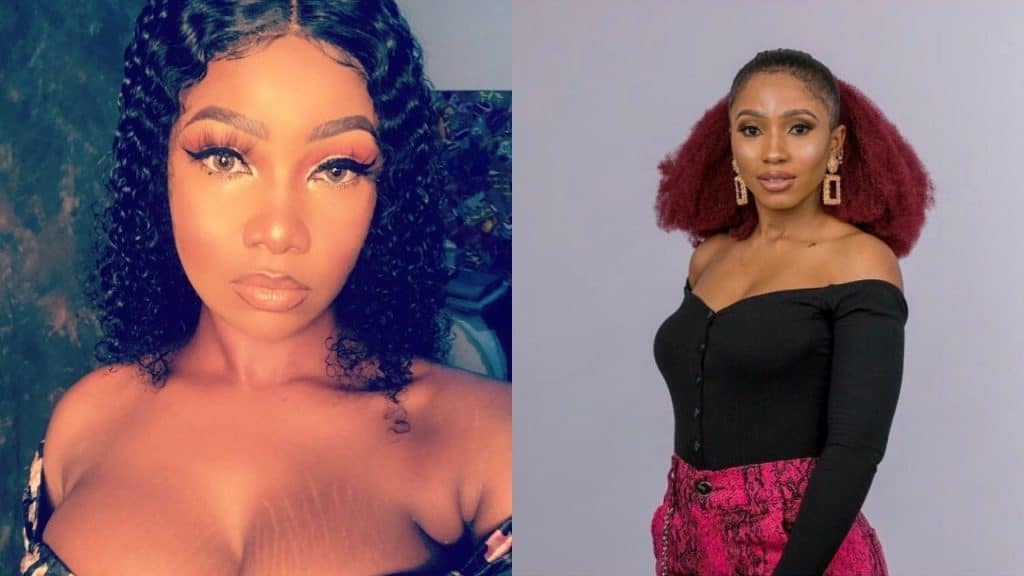 There was serious drama in Big Brother House on Friday after housemates, Tacha and Mercy engaged in a heated argument leading to what appears like a physical confrontation.

It all started when Seyi called Mercy to come to the lounge so they can read Biggie’s scroll.

But Mercy who had her bath came out late for the reading. This, however, did not go down well with Tacha who rained insults at her.

”You are a moron, remain there and don’t come out. clout chaser, old woman, you keep using your body to get everything you want. You have been using Ike to get what you want. You can’t stand eviction that is why you need Ike to help you.”

” You are very stupid, you Instagram beggar. Go and treat your body odour before you talk to me, you stink. At least, I have a boyfriend (Ike) to get me what I want what have your boyfriend done for you?”

During the argument, Tacha pushed Mercy and also dragged her weave twice, while Mercy who struggled to control her anger picked up a pressing iron but was stopped by other housemates.

This could lead to disqualification or a strike from the organizers of the show as housemates have been warned against violence in the house.

while the fight was going on Mercy confronted Tacha with her body odour, she repeatedly told her openly that she smells and she needs to take good care of herself

Breaking: BBNaija housemate Tacha has been disqualified from the pepper dem gang