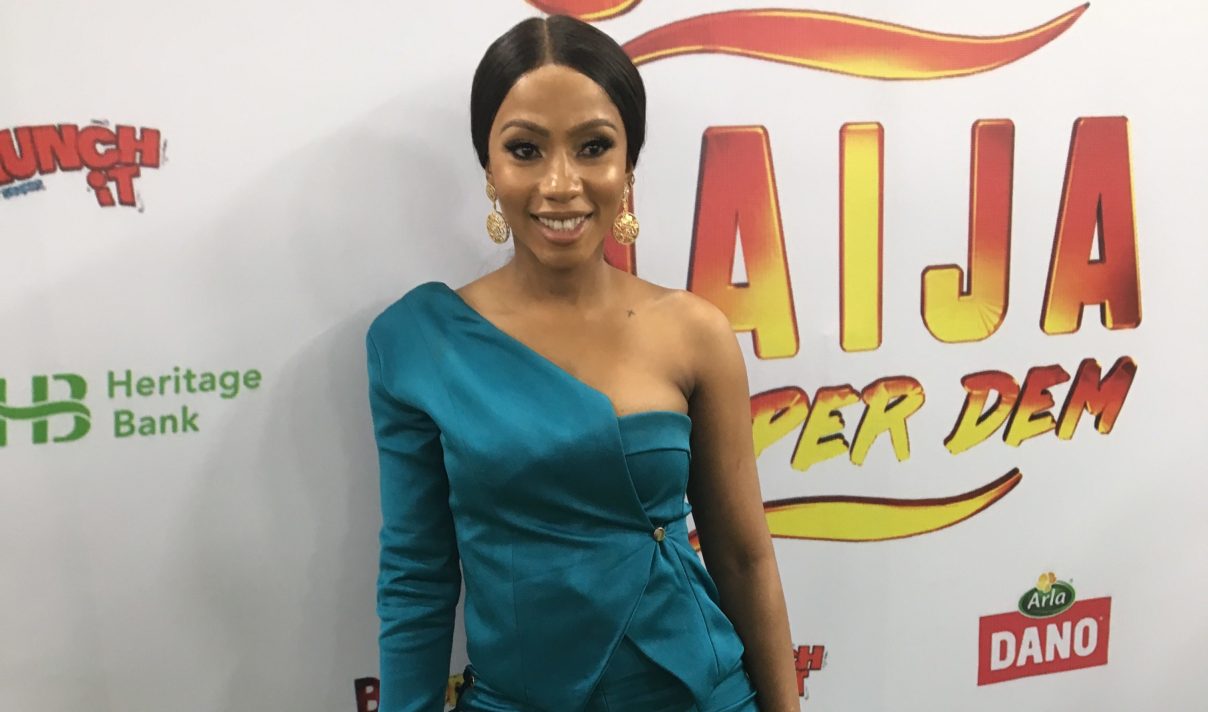 Mercy and Ike had a pretty extensive interview with the mediaroom hub which was released today, many things were discussed around their relationship, the infamous fight with Tacha and many other more.

One of the interesting things that was said was when Mercy was told to advise upcoming reality TV stars who would like to feature in future series, here is what Mercy had to say:

What do guys have to say to Big Brother Naija?

Mercy: Big Brother has changed me a lot, I can’t thank him enough. Now I feel like I am old, I have to calculate, like 6 am I am awake taking calls, replying emails. Big Brother has really done something great. I don’t have regrets going to that house.

Ike: thank you big brother, I live with no regrets.

Mercy: The people out there trying to go to Big Brother Naija house, do not be disqualified, be yourself. Fight and go home? No, the people who have been voting for you, they’ve been spending their money on you, it feels like a let down; if you go there next year, don’t get disqualified.

Ike: Go in there and do your thing.

Mercy: Big Brother picked you to change you and be the best.

Here are some other interesting questions:

What can Ike do that will make you get angry and not talk to him for two days?

Ike: if he steals from me, she doesn’t even know how to steal, she asks.

If someone comes to tell you things about mercy, that she did this and that, what would be your reaction?

In the house, the sensuality around you guys was too much and people talked about you kissing, caressing and all. So, we were thing did Ike make out with Mercy? They also said the same all over Twitter

Mercy: You know in the morning we were trying to clear it with people that it didn’t happen. From the outset, I told Ike I don’t want to do this thing in the house. I don’t want to have sexual intercourse with him on live TV. We can have fun without having sex. And that aspect was so clear and he was cool with it. In fact, he told me he can stay for one year. That was what he said to me, no matter how pressured we were, we were not going to do this. He tried a lot, even when we were closer. I just say okay, we’ve had enough, this is the end of the road, we have to sleep and that’s how we never did it. At times when I wanted it, he would just tap me and say, you said you didn’t want us to do this and I’d say, okay.

So, you mean you’ve had no sex with him till now?

Yea, nothing has happened, but it’s not going to be like a one-year thing. It will happen, we don’t pretend, it might even be this night. Definitely, it will happen. He is a sweet guy, I have heard other guys tell him, give her alcohol and all, but he still kept his calm. He’s a good guy, but there was a day he said, I will get this, I must get this then I told him that means I won’t be drinking in the house again. I won’t be playing with you this way anymore, I play with you this way because I know you, trust you. But he was like I seriously need it and all, then I told him I will be wearing jeans to bed and all, then he saw I was really serious then he said okay. It’s nothing, but we had fun in the house.

After the house, have you guys sat down and planned for the future because you have a lot of connection?

Mercy: Ike and I will definitely work together, he’s very ambitious, Ike wants to make money. The only thing Ike likes is money. His password is money. Whether dating or not, we will work together, but we will be dating.