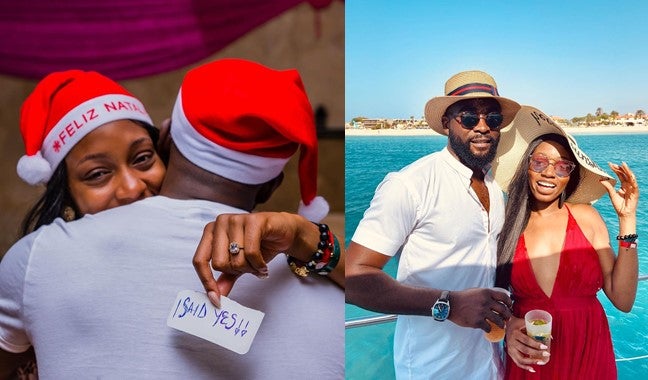 Gedoni popped the question on Christmas Day while the lovebirds were on a vacation in Cape Verde.

Khafi disclosed this on her Instagram page even as fans bombarded her page with congratulatory messages.

She wrote: “Oh and I got the best Christmas gift ever. I said Yes Mrs. Ekpata loafing.”

Gedoni Ekpata had after his eviction reassured that his relationship with his love interest, Khafi Kareem was beyond the reality show.