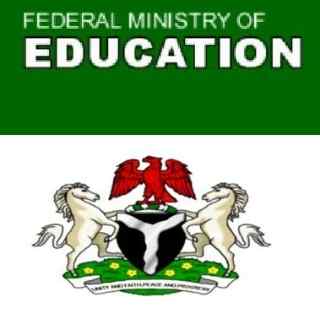 The Federal Ministry of Education, FMOE, has disclosed that Benue state accounts for over 260,000 out-of-school children in Nigeria placing the state on the list of states with low school enrollment rates.

The Director, Basic and Secondary Education in the Ministry, Hajia Binta Abdulkadir made this known at the weekend during ceremony for identification and enrollment of out-of -school children in the state held in Gwer West and Apa Local Government Areas, LGAs, of the state.

She said it was on that basis that the two LGAs were selected in the pilot phase of the enrollment drive campaign to help the state enroll more children into school.

According to a statement by the Information Officer of BSUBEB, Mrs. Erdoo Sar, the Director who was represented by the Deputy Director Gender Branch, FMOE, Mrs. Felicia Abuka, charged the board to redouble its efforts towards eradicating the incidence of out-of-school children in the state.

This places Benue on the list of states with low school enrollment rates, “It is on this basis that Apa and Gwer-West LGAs were selected in the pilot phase of the enrollment drive campaign.

The enrollment exercise took place simultaneously in Benue, Nasarawa and Zamfara States in the first series of interventions carried out by the FMOE,” she was quoted as saying.

Benue state Commissioner for Education, Prof. Dennis Ityavyar, represented by Mr. Matthew Idoko while lauding the Minister of Education, Mallam Adamu Adamu for the intervention sued for the sustenance of the programme.

On his part, the Executive Chairman of BSUBEB, Comrade Joseph Utse, represented by the Permanent Member II at the Board, Mr. Johnson Ahubi, thanked the Federal Ministry of Education for choosing Benue state for the enrollment drive activity.

75 Pupils were selected from Apa and Gwer West LGAs respectively, aimed at helping to take Benue state out of the list of states with high prevalence of out-of-school children.