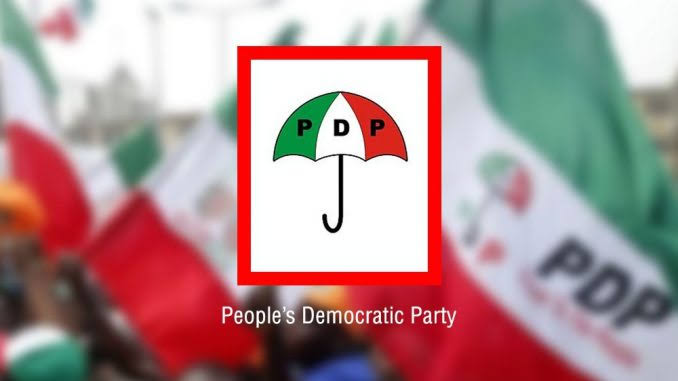 Benue State Chapter of the Peoples Democratic Party (PDP) assures its members and all persons aspiring to elections on its platform of fair and equitable opportunities in a transparent process which will be concluded on a level field of play.

The party notes that as its internal processes initiated to achieve harmonious nomination of a candidate for the Governorship election in 2023 draw to a close, there have naturally sprung up expressions of dissatisfaction from some quarters.

Those have been from a few aspirants who all along have worked very hard to secure the party’s ticket to the coming election, as well as from some pressure groups, following the emergence of Rt. Hon. Titus Tyoapine Uba as more preferred to get the backing of the party from the Tiv speaking area of the state for the ticket.

To our dissatisfied governorship aspirants, we acknowledge the enormous energies and resources they deployed into their aspirations coming this far, yet we remind them of their agreement with and support for this same process right from its beginning.

Voluntarily they came together in a Forum through which they have been involved with the various leadership segments of the party in all of the processes of zoning and pruning down of their numbers.

If at this point the process has turned out not to favour some, it is only honourable that still they remember their earlier agreement with and support for the process as well as the fact which was emphasised to them from the onset that only one among them will get the ticket at the end of the process.

But it is still the lawful right of an aspirant who feels dissatisfied with those internal processes of the party to go to open Primaries scheduled by the Independent National Electoral Commission (INEC) where they may test their popularity and acceptability in a transparent, credible and open process.

To the pressure groups, particularly those from the Benue South Senatorial District (Zone ‘C’) which are largely under the leadership of a retired Vice Marshall of the Nigerian Air Force in the person of Monday Morgan, we urge them to understand that PDP as a political institution will always place, side by side its duty and obligations to the people, the uncompromising need to win victory at every election it participates in.

To this end, the party is bound to at all times place reason above sentiments in the choices it makes in the fielding of candidates for the elections it may go into.

This remains the guiding consideration driving the internal processes adopted by PDP in Benue State pursuant to nominating a candidate for the position of Governor in the 2023 elections.

PDP urges AVM Morgan who boasts a sterling service record in the Nigerian military to appreciate this fact of the hard choices PDP must make going into the coming elections, and this is a fact he may wish to draw from the vast political experience of his senior brother-General, David Alechenu Mark, to fully appreciate.

Our great party in Benue State remains highly appreciative and indeed indebted to its teeming members across all parts of the state, both high and lowly, and will at all times place their best interests above sentimental considerations.