Bizarre! Dad shows he is more popular than daughter after taking over her social media as punishment( See photos) 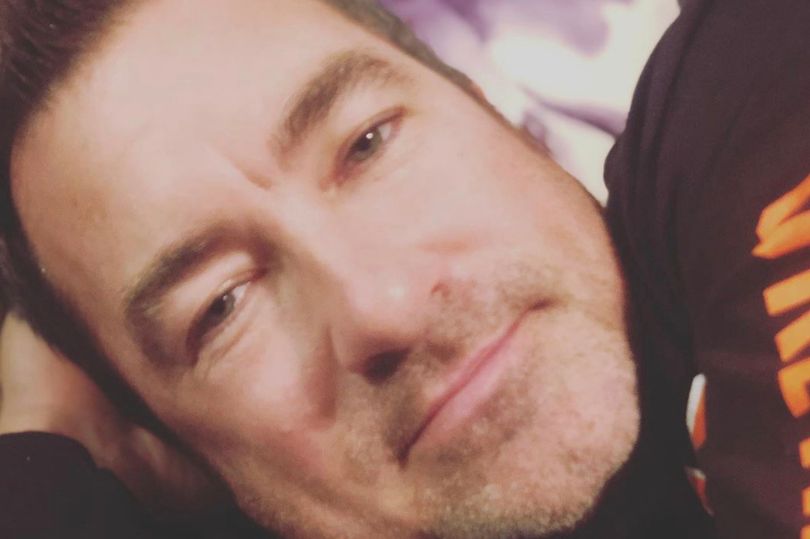 A 15-year-old girl named Madelynn has choosen to let her dad take control of her social media as punishment when caught helping sneak boys into a sleepover party.

Tawnya Ford and Larry Sumpter let their daughter decided her own fate: one month without a phone or a reduced sentence of two weeks without a phone – but her parents would be given the freedom of her social media.

Picking the latter, the high school student from Texas has seen her dad post selfies on Instagram with the caption ‘felt cute, might delete later’ and dance on TikTok wearing a crop top and jean shorts – leaving her begging to change her choice.

But it’s not all bad news for Madelynn, who has seen her social media accounts surge in popularity with fans desperate to keep up with Larry’s antics.

Mum Tawnya told Today : “After the first day, Madelynn was like ‘I changed my mind, I choose the one month’ ,”Larry told her, ‘No, I’m too invested. I have too many ideas. We’re sticking with the two weeks’.

“He’s loving it. I think he’s gonna make his own TikTok account when this over.”

The dad has even become popular with his daughter’s classmates, who regularly check for his Snapchat updates.

As the punishment for the sleepover began, the 43-year-old posted a photo of his daughter studying in her bedroom with the caption: “This is Maddi. Maddi got herself grounded.

“She had a choice of no phone for a month or no phone for 2 weeks and we have FULL control of her social media.

“She chose 2 weeks. So be on the look out for some amazing instagram posts, snap chats and Tiktoks from her parents!!”

Since then her accounts have been flooded with photos of her dad dressed in her clothes, singing in his car and recording a video to give tips on how to run.

He’s won a legion of fans on social media, with other parents vowing to use the same punishment on their own kids.

Larry has been posting on Instagram, TikTok and Snapchat