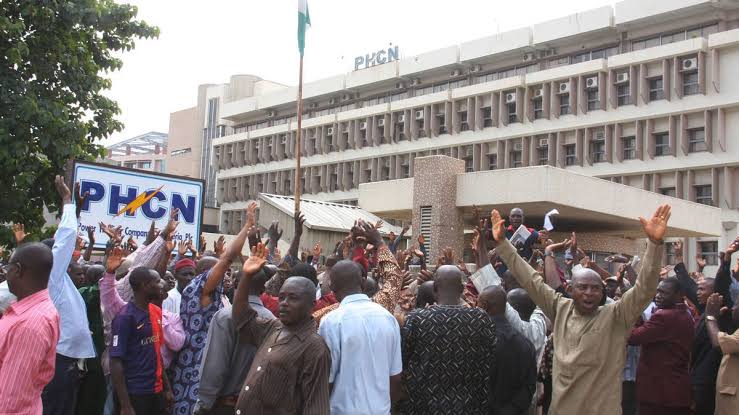 Electricity workers under the NUEE union are threatening to resume their recently suspended nationwide strike.

The NUEE union accuses the Bureau of Public Enterprise (BPE) of failing to fully pay the over 2,000 disengaged workers of the defunct PHCN since 2013.

The electricity workers urged the government to implement the agreement reached with them.

They also claimed that the BPE has illegally transferred schools built by the NUEE union to investors and that there was underpayment of severance of over 50,000 ex-PHCN staff.

The general secretary of NUEE, Comrade Joe Ajaero, declared that the agreement signed with union which necessitated the suspension of a recent strike should be implemented to avert a resumption of the action.

Ajaero urged the federal government to declare an emergency in the power sector, noting that Nigerians were totally dissatisfied with the situation in the sector.

However, another union, the Senior Staff Association of Electricity and Allied Companies (SSAEAC) have countered NUEE, saying the suspended strike was, in the first place, illegally carried out by the junior employee union, as conditions precedent to strike were not followed.

Chris Okonkwo, the president-general of SSAEAC, said the union had written to the federal government detailing why the strike was a wrong approach. Unrest as disengaged N-Power volunteers in Osun groan over non reinstatement Meanwhile, Nigerians will soon pay more for electricity as the federal government is planning to increase tariffs when it completes power projects across the country.

The minister of power, Sale Mamman, said the increase in electricity tariffs is inevitable in view of the rising cost of electricity generation in the country, the Nation reports. He stated that the current cost-ineffective tariff has a drawback on the operation of the energy distributors in the country.

Mamman disclosed that electricity supply would improve when power projects in the country are completed, adding that this will result in the increase in tariffs in because the cost of generating electricity must be met by the operators.

The Electricity is for elite in Nigeria– NNPC GMD, Mele Kyari