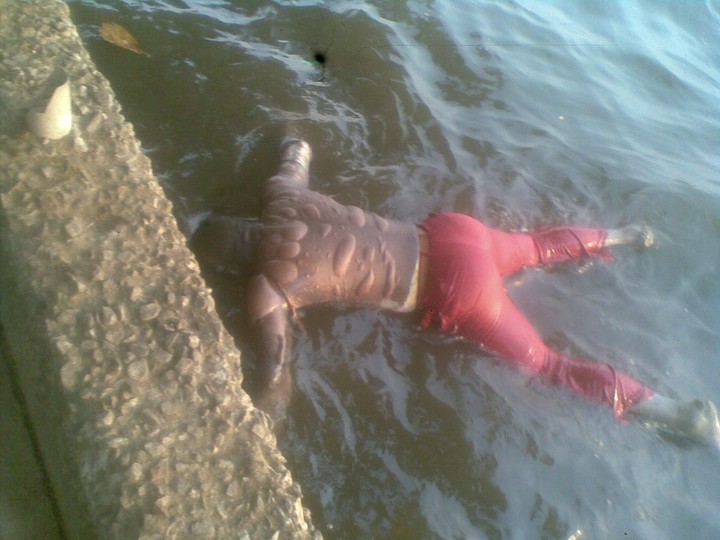 The lifeless body of an assistant captain of a ship has been found floating along a river in Agge community in Bayelsa State.

The body of the deceased at the time it was found on Monday, August 3 machete cuts all over.

The deceased, an assistant captain was said to be on board a ship with eight other crew members when he suddenly went missing on Friday, Saturday, August 1.

The said ship which is believed to be owned and operated by “Sterling Global”, was conveying crude products from Patani to Kwale area when the Captain went missing before they arrived Abboh community in Ndokwa East Local Government Area of Delta State.

It was learnt that the Captain of the ship has been arrested by Police at Abboh Division while seven others who were on board the ship before the assistant captain went missing are said to be on the run.

But before the assistant captain went missing, there was no armed robbery, sea pirate or militant attacks.

45 suspects paraded for terrorism, armed robbery, others In Borno (Photos)