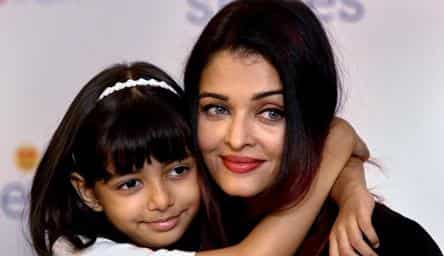 Indian actress Aishwarya Rai Bachchan and her eight-year old daughter, Aaradhya, have recovered from COVID-19 after a 10-day stay in hospital, her husband and actor Abhishek Bachchan said on Twitter.

Abhishek Bachchan and his father, renowned actor Amitabh Bachchan, 77, are still recovering from the disease caused by the new coronavirus and remain in a Mumbai hospital.

“Aishwarya and Aaradhya have thankfully tested negative and have been discharged from the hospital. They will now be at home. My father and I remain in hospital under the care of the medical staff,’ he said in a tweet.

The Bachchans have been the most high-profile of India’s growing COVID-19 cases.

Amitabh Bachchan is one of India’s most beloved actors, and fans all over the country have been conducting prayers for his swift recovery.

India, which has 1.3 billion people, has recorded more than 1.4 million new coronavirus cases, the third highest in the world after the United States and Brazil. It has recorded nearly 33,000 deaths so far.

BBNaija housemate, Lucy, has emerged the Head of House