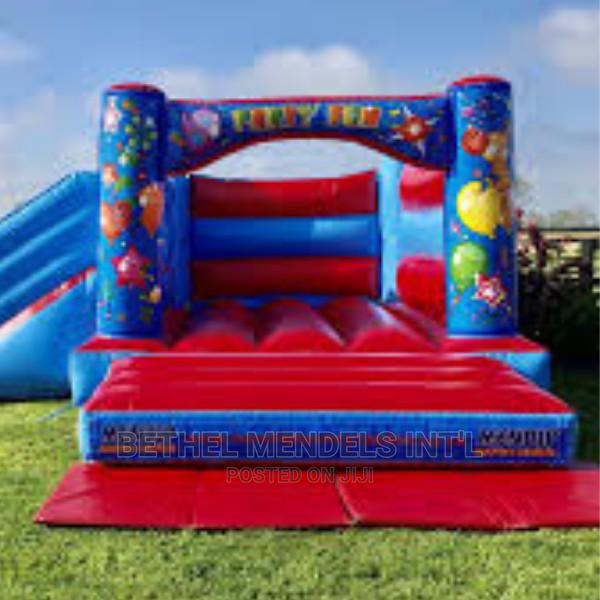 Two children have died and more were left critically injured after the bouncy castle they were playing on was blown away by strong winds in Tasmania, Australia.

Police said a gust of wind lifted the bouncy castle into the air and that “several children” then fell to the ground from a height of about 10 metres (32 feet).

The children were playing during an end-of-year activity, called the “Big Day In” celebrations, at the Hillcrest Primary School in Devonport, Tasmania at around 10am local time on Thursday (11pm GMT Wednesday).

“Tragically I can confirm that there are two deceased children after an incident today at Hillcrest Primary School,” Tasmania police commander Debbie Williams said at the school.

Describing the scenes as “distressing”, she added: “This is a very tragic event and our thoughts are with the families and the wider school community, and also our first responders.”

Police did not give any further details about the identities of the deceased or injured, citing privacy reasons. They are expected to provide more details at a press conference in Devonport later in the afternoon.

“Young children on a fun day out together with their families and it turns to such horrific tragedy — at this time of year — it just breaks your heart,” he added.

“I just want to say, to the parents and families and friends, all who were there, to the other young children there… I just pray you’ll have great family around you and great friends and you can come through this horrific tragedy,” Mr Morrison added.

Emergency services, including multiple helicopters, ambulances, were rushed to the school to transport the children to the hospital while police units investigated the scene.

“A wind event caused a jumping castle to lift into the air,” Tasmania police said in its initial statement.

“Several children fell from a height of about 10 metres around 10am and are currently receiving medical treatment at the scene as well as in hospitals,” it added.

Police have asked people to avoid the site of the incident and allow emergency services to work.

Related Topics:#SosscopeAustraliaBouncy Castle
Up Next

Apa/ Agatu To Produce Next Ochi’Idoma(Photos)