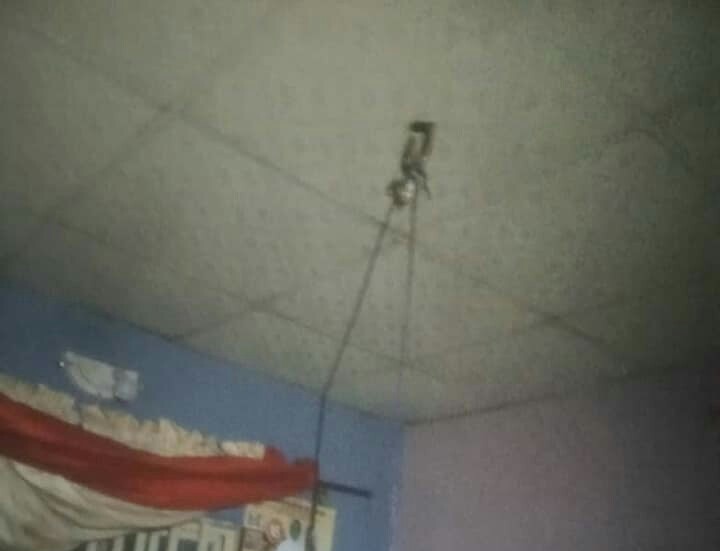 A woman has been arrested in Lagos after her young nephew allegedly killed himself by hanging self from a ceiling fan.

According to Vera, the woman’s neighbour, who is based in Lagos, the incident happened on Monday, November 30, when the boy’s aunt went to the market to buy goods.

She claimed that boy identified as Kelvin, hung himself from the ceiling while reportedly trying to confirm if it’s possible for one to die by hanging.