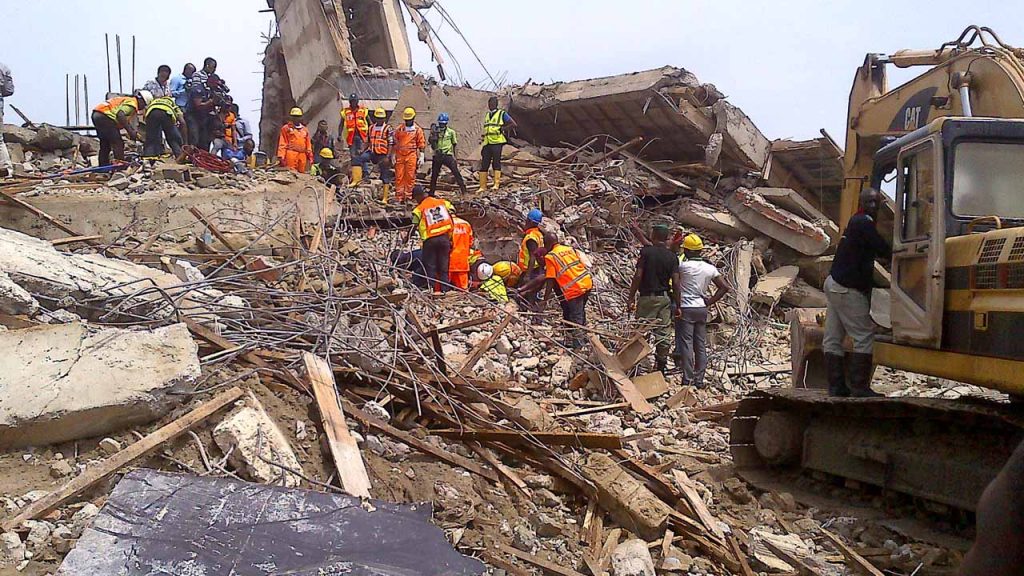 A two-storey building has collapsed in the Ikoyi area of Lagos State.

The building under construction along Glover road caved in on Friday evening.

Channels TV reports that several people are still trapped in the rubbles of the building while efforts by other workers on-site to save those trapped are ongoing.

Organized rescue efforts by emergency officials are still being awaited.

Meanwhile, the Director-General, Lagos State Emergency Management Agency (LASEMA), Femi Osanyintolu, in a swift reaction, said: “A building collapsed in the afternoon at 4.10 pm today, Friday, November 1, 2019, at Glover Court Ikoyi. It is a two storey building under construction.

“LASEMA already activated the Lagos Emergency Response Plan for all first responders to move to the site of the collapsed building.

“Similarly, Lagosians within the vicinity of the incident have been enjoined to stay calm and allow emergency responders to do their job.”