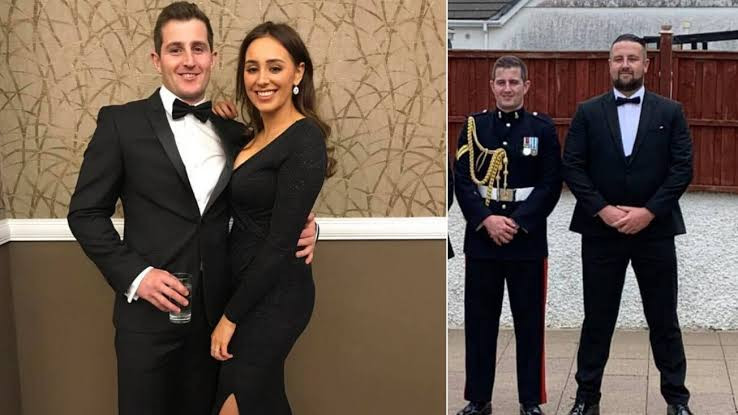 Newlywed 26-year-old bride, Erin Mason-George reportedly walked out of her marriage hours after her wedding reception was concluded following the assault she and her family members were subjected to.

Erin who got married to Steffan Wilson four months ago was first verbally abused by her husband’s brother and best man Tomos Rhydian Wilson, before he assaulted two of her sisters and her mother in a drunken row.

Tomos was heard saying that his brother should have never married Erin as he held on to her wedding gown before dragging her downstairs.

Friends of the newlyweds told Mail Online the couple decided to “go their separate ways” after the brutal attack.

The marriage’s breaking point was hinged on Steffan’s decision to go home with his brother rather than his bride on the night of the attack.

An unnamed friend said:“The marriage was all over in a day which must be some sort of record. They weren’t even married long enough to get a divorce; I’m told they’ve gone for an annulment.”

“The groom had a choice to make – either his wife or his brother and father. When he went back with them that was it, marriage over.”

Tomos who was arraigned before an Aberystwyth court earlier this week, was found guilty of five charges of assault and two of criminal damage. He was sentenced to 12 months of community service and ordered to pay compensation of £250 each to Erin and one of her sisters; £100 to her mum, her other sibling and the manager.

Sudan reacts to Bashir’s first sentencing of 2 years in jail, says trial does not relate to the law