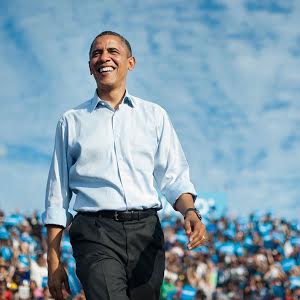 Former president of the United States of America (USA), Barack Obama, recently shared his summer playlist with his fans and followers on social media, and it is indeed packed with some of the greatest hits released in 2020 so far.

The ex-president’s list featured over 50 songs from artists around the continents of the world.

Sharing the list on his Instagram page, Obama explained that he and his family have spent the past few months listening to the songs curated in the playlist and he decided to give followers a feel of his summer playlist.

The politician added that some of the artists featured in the list will also be performing at the Democratic National Convention.

BBNaija’s Kiddwaya boast, says “my net-worth, bank account is bigger than all housemates”

Kaisha now fifth to be evicted from the BBNaija house