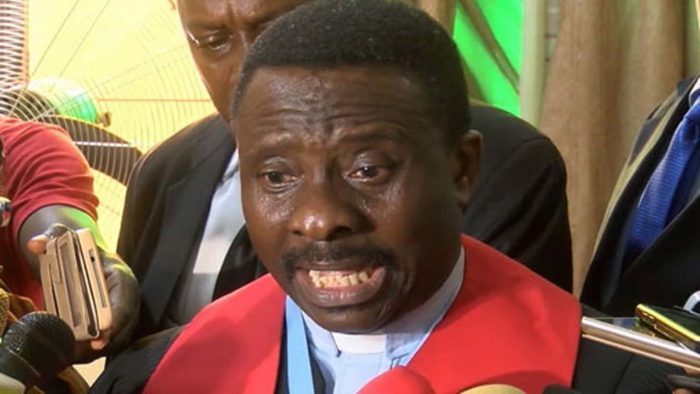 The Christian Association of Nigeria (CAN) has commended the resolute stance of the Federal Government against same sex marriage and transgender sexuality in the country.

Rev Samson Ayokunle in a statement signed by his Special Assistant on Media, Pastor Adebayo Oladeji in Abuja, describing it as a right step in the right direction also challenged the Church of Christ in the nation to be seriously on guard saying satan is more than ever before determined to pollute and destroy the society through abominable practices.

The President of CAN lamenting the how such immoral and sacrilegious practices are gaining popularity in the society, decried how some misguided brothers, sisters and friends are embracing it while describing transgender as evil and ungodly since at creation, God created male and female.

Ayokunle commended the Director General of the National Council for Arts and Culture, Otunba Olusegun Runsewe for his campaign against lesbianism,  homosexuality,  transgender and other social vices.

He went on to say that the Constitution and extant laws have no place for obnoxious practices such as same sex marriage or homosexuality, transgender, sodomy and related practices as they are abomination before God and they are alien to our culture as a people.

He further said that the holy books that guide the leading religions in the country on ways and worship of God Almighty expressly warn devotees against such practices.

Rev Ayokunle therefore urges all religious, traditional, and political leaders, as well as relevant organizations to rise up, partner and support the efforts of to rid our country of the imported practices in our country.

Related Topics:CANSame Sex Marriage
Up Next