Cardi B to have another child after next tour, album 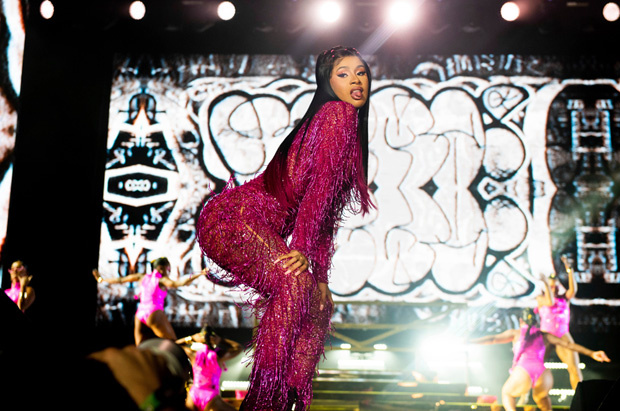 Cardi B has revealed she is hoping to get pregnant after she wraps her next tour and album.

The ‘Clout’ rapper has revealed she is currently in talks for a ”tour deal” and has a couple of songs ready for her follow-up to her debut studio album ‘Invasion of Privacy’, which she wants to release before giving her 12-month-old daughter Kulture – whom she has with husband Offset – a baby sister or brother.

Sharing her plans with her fans on Instagram Live, Cardi said: ”I’ve got two songs that I definitely want to put on my album.

”Let me tell you about my plan is.

”My plan is to take a couple of months working on my album.

”And right after I finish my album, I’m going to rehearse for a tour.

”Point is that everything is going good.”

On when she ideally wants to add to her brood, she added: ”I’m working on my album, I already have two songs, I actually have three but I am not sure about one of them.

”I’m working on it and then after that I want to rehearse, rehearse for my tour and get ready for my f***ing tour and after my tour I want to have a kid.

”I want to have another kid.”

The 26-year-old rapper previously revealed she wants to have more children but she wanted to wait until Kulture was ”a little bigger”.

Speaking in February, she said: ”I want a second child, but I got so much things to do first.

Related Topics:Cardi B
Up Next

Taylor Swift returning to ‘The Voice’ as mega mentor