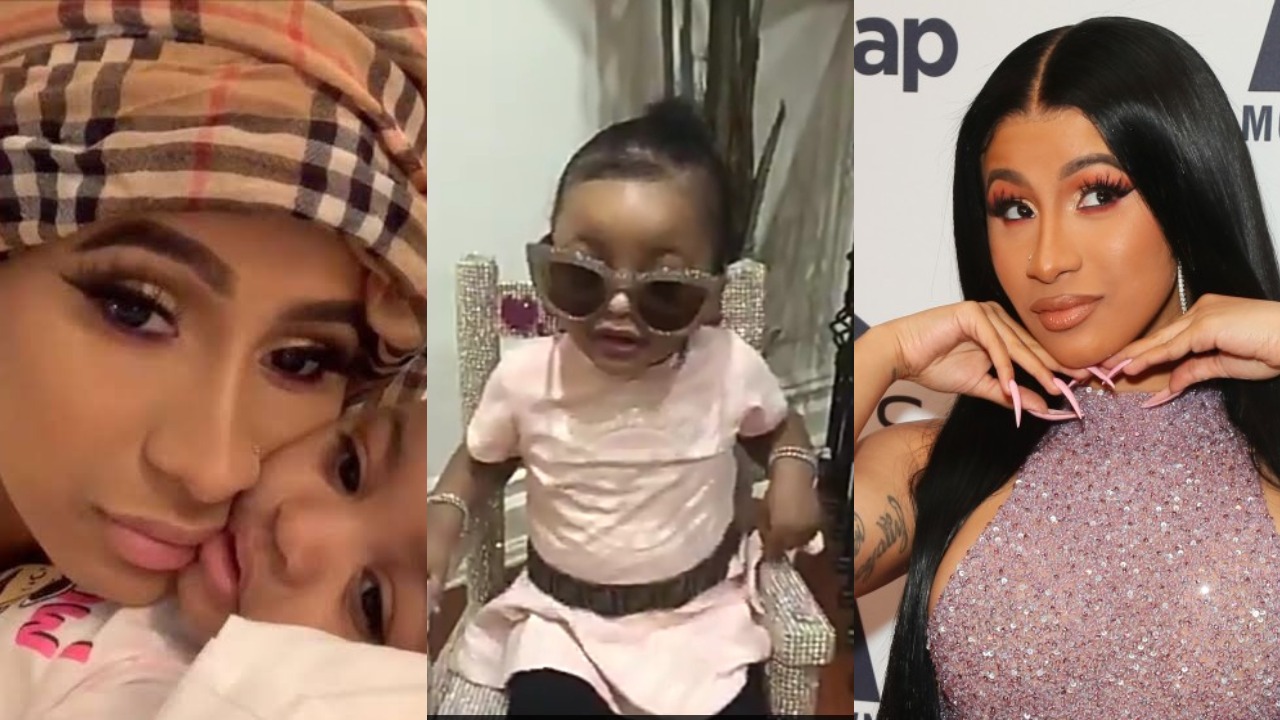 Cardi B has slammed a Twitter user who criticized her daughter’s looks.

Cardi shared a video of her 1-year-old daughter, Kulture Kiari and the Twitter user reacted to it, saying: “Kulture not the cutest soooo.”

Cardi responded in a now-deleted tweet: “My daughter is very much the cutest bitch so sit down with your overgrown gums. Thats a fake tweet. Dumb bitch play with your mother or in traffic don’t play with mines.”

The person responded with “It’s called an opinion” and Cardi gave her her opinion, writing: “Ok and this a fact bitch YOU IS TRASH ..You lucky I am a change woman I woulda violated your kids so bad you would hate your baby father for makin them. Don’t try my kid.”

Cardi also tweeted a photo of Kulture and wrote: “Bitch who ain’t cute ?”