CCTV Footage Shows How OAU Post-graduate Student Was Killed By Hotel Owner, Others In His Room 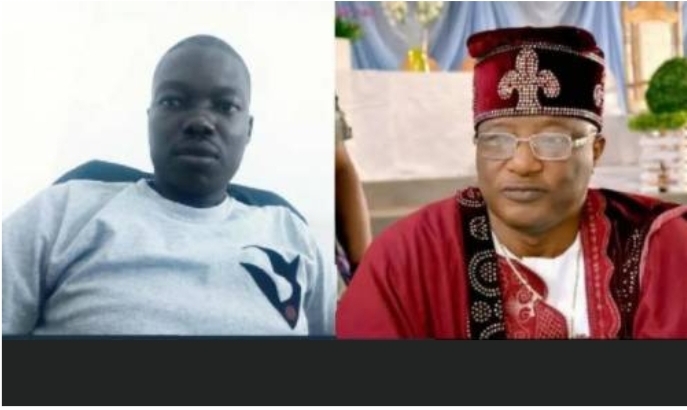 Closed Circuit Television installed at the Hilton Hotels and Resorts, Ile-Ife, Osun State, has revealed how owner of the facility, Rahmon Adedoyin, his son, Raheem, and Adedoyin’s aide, Moshood, were behind the murder of a Master of Business Administration student of Obafemi Awolowo University, Timothy Oludare.

This was revealed by founder of an Ibadan, Oyo State-based radio station, Agidigbo FM, Oriyomi Hamzat, in a video posted on his Instagram page on Friday.

Oludare had lodged at the hotel when he came to write his examinations in OAU late last year before he was murder by the owner and staff of the facility.

Hamzat, who is also a human rights activist, said on Friday that the police had given him authorisation to reveal the content of the CCTV that showed how Oludare was killed.

He revealed that there will soon be a court case on the matter.

He also disclosed that among the four suspects, three had been declared wanted as it was only Adedoyin that was in the custody of the police.

He said, “They entered his room at 12 midnight. We have seen the CCTV but the police have taken them away. It was revealed that they entered by 12:00am. Who are the suspects that killed Timothy? Moshood who is like a personal assistant to Adedoyin and an accomplice was involved as CCTV showed he entered, then Adedoyin entered, and Raheem, the son of Adedoyin and managing director of the hotel entered.

Hamzat said as the police continued their investigation on the matter, the family will begin preparation for the burial of the deceased.

Wife Wants Divorce Over Excessive Demand For Sex By Husband