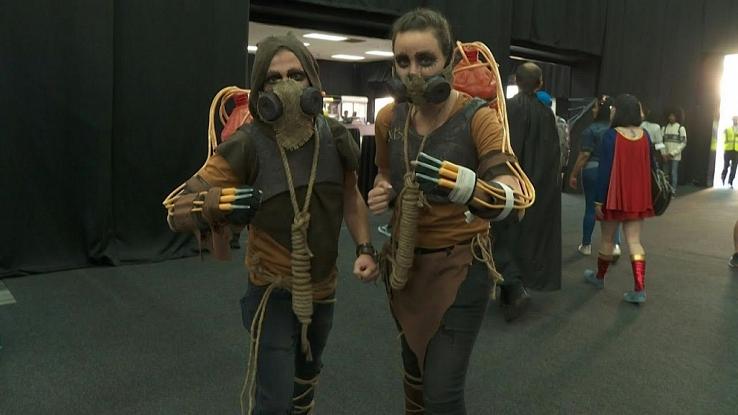 Comic Con Africa 2019 kicks off in Johannesburg, South Africa, for the second year on the continent.

The convention is a multi-genre entertainment event for comic fanatics.

The South African version of the popular Comic Con festival was first established in the US in 1970.

The festival started out as a comic book convention in San Diego, US showcasing mainly comic books and science fiction/fantasy films and shows.

And has since then expanded to include genres like gaming, anime and toys.

This year Comic Con Africa will also include a KidsCon, as the first and entirely kid-focused convention in Africa,

Unlike the 2018 event which occurred over three days, this year’s, Comic Con will span four days from September 21 to 24 at Gallagher Convention Centre in Midrand.

A huge attraction at the Comic Con festivals are the celebrity guests who attend and take part in panel discussions.