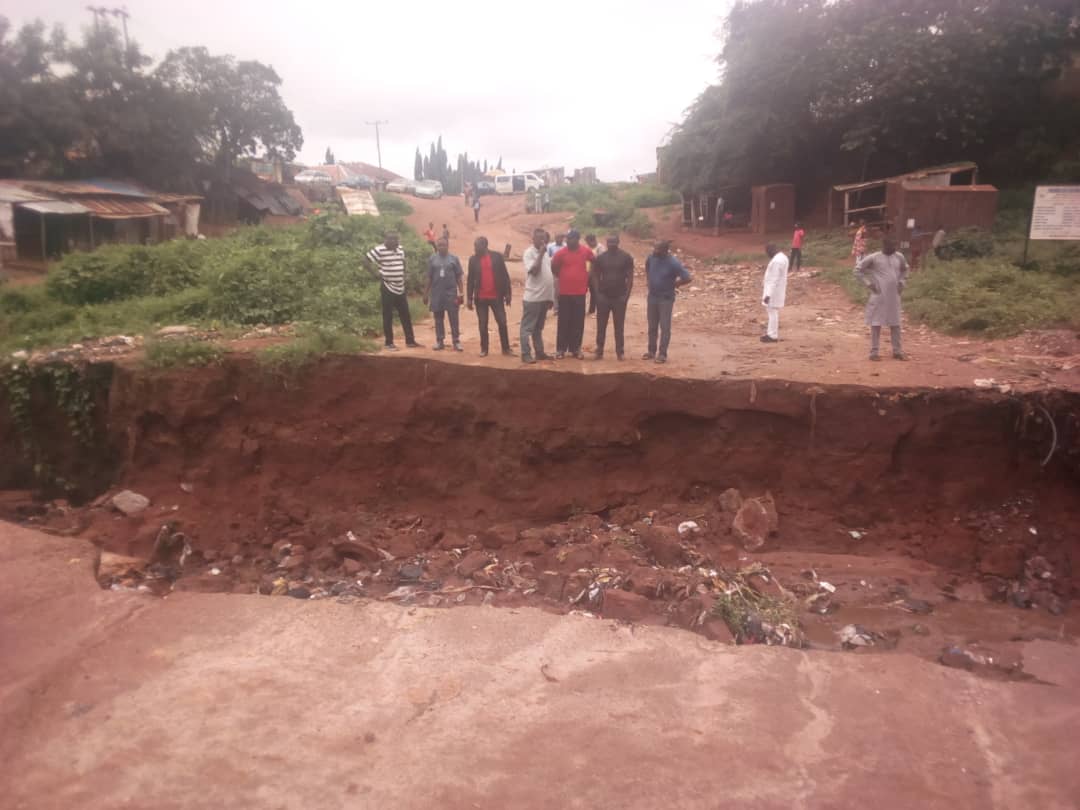 Deadly erosion caused by recent heavy down pour has destroyed roads around Obasanjo road and Sokale in Dutse Alhaji making it very difficult for passengers and residents to move about freely.

The Executive Chairman of Bwari Area council Dr. Shekwoyazo John Gabaya on an inspection tour in response to the distress call on the plight of the people and to see ways the council can mitigate the effect on those affected.

Dr Gabaya who expressed deep hurt at the sight of the erosion and the negative effect of barrier it created called on the FCDA and relevant federal government agencies to urgently come to the aid of the people as the damage was beyond the capability of the area council.

The council boss however added that he in his own capacity would ensure that alternative measures are taken in the interim while awaiting permanent solution from the appropriate agencies.

On inspection the risk to loss of lives and properties is on the increase as villages like Mapa/ Mashaga,Budupe, Dnoboyi, Dankulo, Tokulo and Jikoko are all cut off by overflowing river and erosion respectively.

Some eye witness Hamza Zakari,who identified himself as the Secretary district head of Dutse and  Cyril Ten Ten also narrating their ordeal, acknowledged the rapid response from the Chairman while pleading with the Federal government to expedite action in responding to the situation.