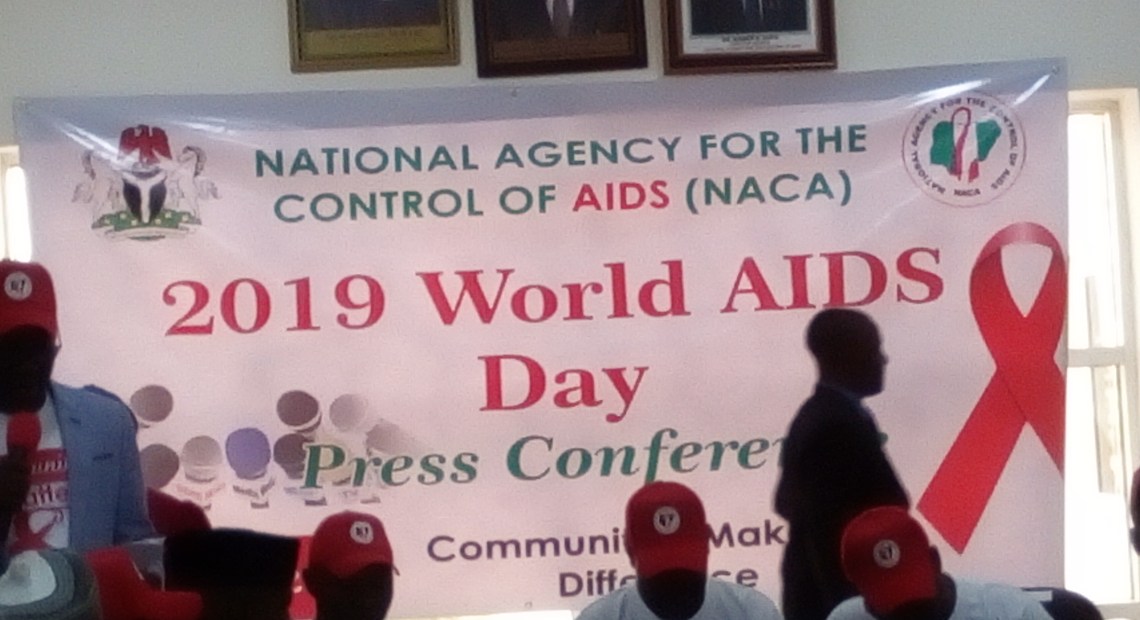 The National Agency for the Control of AIDS (NACA) has applauded the role of the society towards ending the HIV epidemic in Nigeria.

The Director General of NACA Dr Aliu Gambo made this known while speaking at the press conference to kick start the World Aids day tagged” Communities make the difference” in Abuja.

The world AIDS day which is marked worldwide every December 1 has been observed since 1988.

In 2018, in Nigeria, the HIV prevalence was 1.4% among the population (15-49 years) with prevalence in key population which is higher.

However, the treatment as prevention has been seen as a welcome development in HIV response and is central to achieving pillars 1 and 2 of HIV prevention 2020 road map.

The U =U is a human rights issue , people living with HIV PLHIV have a right to access treatment and attain undetectable viral load . The U=U campaign encourages people with HIV to seek treatment bringing the HIV community one step closer to achievement of UNAIDS’ 90-90-90 target by 2020.

Emphasizing on the role of the community, Gambo called on the Nigerian Government, the United nations and every member of the community to join the rest of the world in commemorating the world AIDS day, to make a difference,by recognising the special roles the community play and continue to play globally, nationally and locally.

Commending the efforts of the community, the Director General also noted that despite the dwindling funding, the community effort still increases and promises to recognise them this year. He further encouraged them to know their status by getting tested and doing something about it.

Earlier, Senator Chukwuka Utazi in his good will message said ” it is important that members of Senate and House committee on health, work hand in hand with the Federal ministry of Health and especially NACA, that the campaign transcends beyond the states and local Government areas and communities and every social gathering to ensure the fight against HIV is a foregone conclusion in Nigeria.

Similarly UNAIDS’ representative Erasmus Morah, reiterated the need to have access to vulnerable and marginalised communities while encouraging investors to access the communities to encourage them on the HIV treatment and prevention.

He also talked about the ARV based prevention and the right to quality treatment.

First male contraceptive to be launched soon, lasts for up to 13 years and involve injections directly in the penis