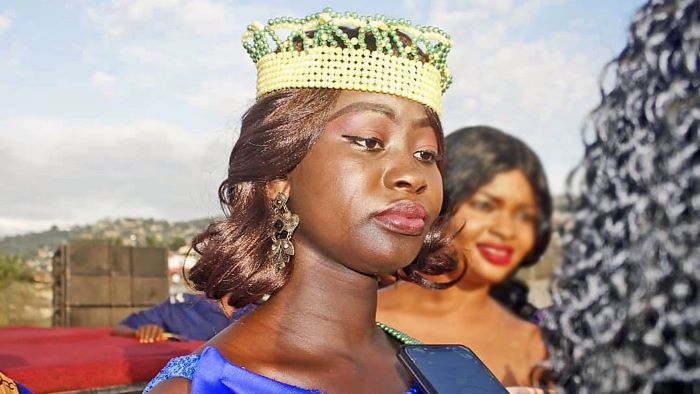 Sierra Leone has become the first country in Africa to adapt practices where convicts are given fun time by encouraging them to part-take in beauty pageant.

The conducted beauty pageant named “Miss Correctional” allows convicted criminals across the country to partake in the beauty pageant.

The winner of the first edition held this year is a 20 years old convicted killer named Sia, who is also a single mum was convicted of manslaughter when she killed her partner.

Speaking to BBC she said: “It gives me hope and the crown makes me feel that I am out of prison. We know that when we eventually walk free, we will become better people,”

Sia also said she plans to return to school once she is released from jail!