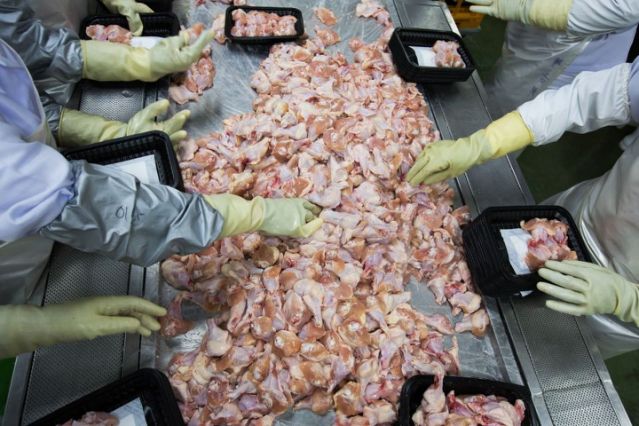 Officials in China say that coronavirus has been found on the packaging of frozen foods in three cities in the country, NBC News reported.

On Thursday, authorities announced that in the southeastern city of Shenzhen, authorities tested a sample of frozen chicken wings, imported from Brazil, and found the SARS-CoV-2 — the pathogen colloquially being referred to as the “coronavirus” — on the packaging.

As The Hill reported, Brazil is second only to the United States in terms of active coronavirus cases, with 3,164,785 cases officially reported, as of Thursday.

The three incidents come in the wake of similar findings last month in Dalian, Xiamen and Pingxiang.

Chinese officials have been conducting screenings on food packaging ever since June, when an outbreak in Beijing was linked to a wholesale food market.

In a statement, the Shenzhen Municipal Health Commission said that it had conducted contract tracing and carried out testing on everyone who may have come into contact with potentially contaminated food products. All of the results were negative.

“All the citizens should be cautious in buying imported frozen meat products and aquatic products in recent days,” the statement reads, in part.

David Hui Shu-cheong, a respiratory medicine expert at the Chinese University of Hong Kong, said via  CNN  that the packaging on the imported goods was almost certainly contaminated during packaging. However, he also noted that it’s very likely that what the tests picked up was non-infectious remnants of the pathogens — enough to cause a false positive.

Related Topics:BrazilChinaCoronavirusCOVID-19EcuadorFrogen Food
Up Next