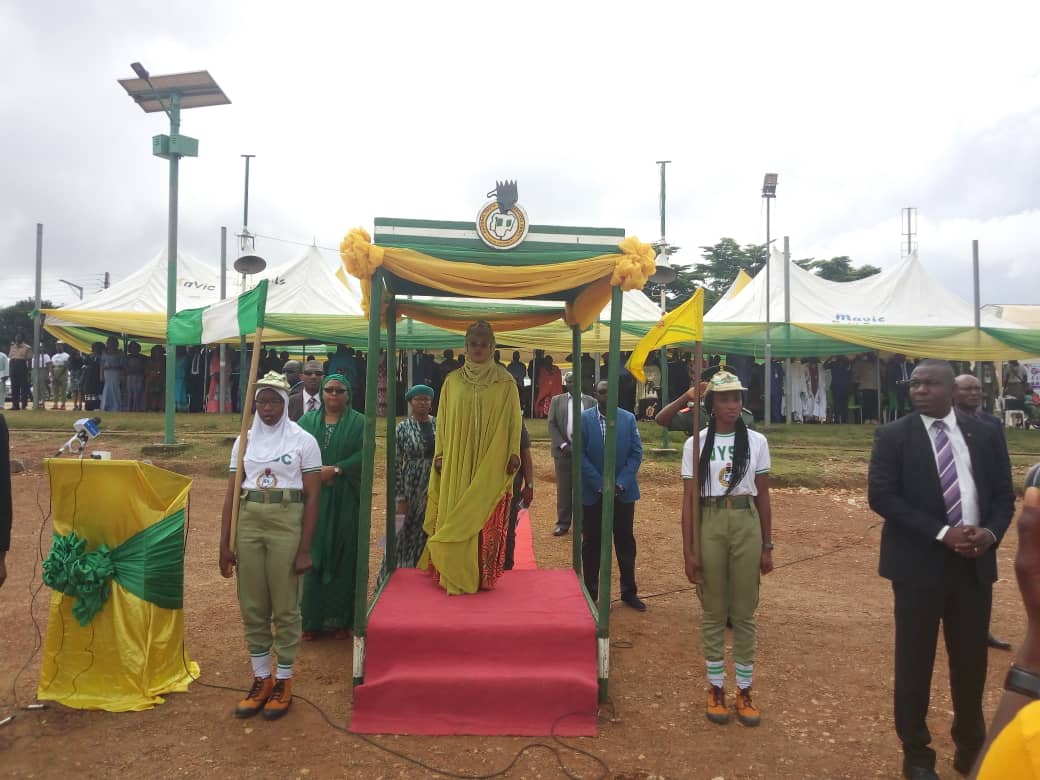 Organizations across the federal capital territory have been called upon to accept the corps members posted them.

The minister for state FCT, Dr Ramatu Tijjani Aliyu made the call during the closing ceremony of the batch ‘B’ stream two orientation courses for NYSC members posted to the federal capital territory Abuja.

Dr Aliyu speaking called on the organizations to treat the youth corps members as the parents they are to ensure they contribute their quota optimally to serving the Nation better. She also used the occasion to advise them not to join hands with criminals in the street.

The minister during the occasion also called on corps members to engage in constructive and creative endeavors that would culminate into self employment after the mandatory one year service to their fatherland.

In her remark, the NYSC coordinator FCT, Mrs. Walida Siddique Isa called on the coprs members to rebrand within the context of national consciousness and in line with global perspectives.

Isa also called on them to mentor FCT youths and to imbibe the federal government change mantra while educating them on the ills and consequences of criminality.

The FCT NYSC boss also advised them to watch their neighbors and always go about with their identity while informing relevant authorities and friends of their movement within and outside the FCT.

1,804 corps members where posted to the FCT for the batch B’ stream 2 orientation.